Here are iOS 12.1.1 final changes, release notes, new features and even changelog of everything related to iPhone, iPad and iPod touch users.

Apple has released iOS 12.1.1, which is definitely great news for iPhone and iPad owners. However, you’re probably wondering what all the fuss is about? Well, to make sure you aren’t left in the dark, here are the iOS 12.1.1 release notes, changelog, and security content details straight from Apple. 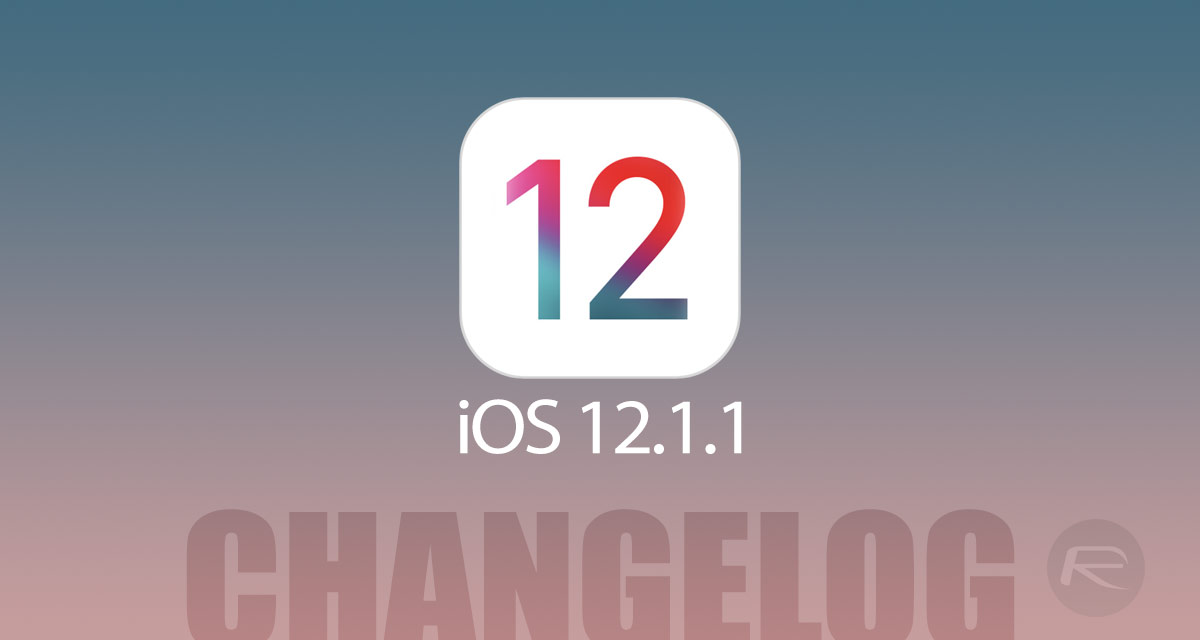 As is generally the case, Apple has continued to progress its mobile offering with the development and continuation of iOS 12. That commitment has resulted in the release of iOS 12.1.1 for all compatible iPhone, iPad, and iPod touch devices.

With that release, those compatible device owners are able to enjoy all of the changes that Apple has brought to iOS 12.1.1, which includes some very small functionality enhancements as well as a plethora of bug fixes and improvements which should provide a much enhanced experience for those involved in the iOS ecosystem.

With this release now out in the wild, we’re going to take a look at exactly what has been introduced, what Apple has changed, what Apple has deemed worthy to include, and what fixes and security enhancements have been put into the public domain. Honestly speaking, the progressive beta test that involved multiple iOS 12.1.1 pre-release seeds being put into the hands of developers and public testers have already allowed us to have an insight into what’s included with this firmware release. However, we now get the opportunity to see and read about those changes directly from the horse’s mouth.

In terms of what we already know, iOS 12.1.1 has feature improvements like the reintroduction of Live Photo capability within FaceTime, a revamped menu experience within FaceTime, and slight UI/UX changes in the native Apple News app for iPad. iPhone XR owners now also have access to Haptic Touch feedback when expanding notifications as part of the replacement for 3D Touch.

You can check out Apple’s official release notes for iOS 12.1.1 final below: