HTC U Ultra Vs iPhone 7 Plus Speed Comparison [Video]

HTC’s new U Ultra smartphone has a lot going for it, but in a world where the iPhone 7 and Galaxy S7 still dominate and the Galaxy S8 is just around the corner, how well can HTC’s smartphone compete with the biggest and best that the competition has to offer?

Is the U Ultra just another example of HTC not quite being able to meet the pass mark when it comes to playing ball with the big boys? 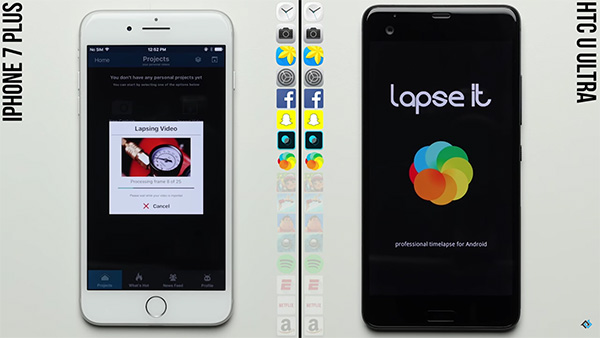 YouTuber PhoneBuff wondered the same thing, and this being YouTube, the only real way to decide whether a smartphone is worth even a second glance is to put it up against the industry’s leading lights in a shootout of sorts. That’s exactly what happened to the 4GB RAM-equipped HTC U Ultra here, with the 3GB RAM-equipped iPhone 7 Plus being the phone it had to contend with.

We don’t want to go into detail as to what the outcome was, because that ruins the fun of watching the video itself. We think you can probably make an educated guess as to which of the two phones performed the best, though.

Given HTC’s decision to use the Snapdragon 821 rather than the 835 chip, the U Ultra is already hamstrung when compared to what the best of 2017 will have to offer, so no matter how well it stacks up against the iPhone 7 Plus, the iPhone 8 will likely blow it out of the water. Given the U Ultra’s $750 price tag, that’s a shame.

The full video is only around five minutes long, so even if you only have a passing interest in HTC or the U Ultra, we recommend checking it out, if only to see if the iPhone 7 Plus can withstand another challenger to its crown.

Having watched the video ourselves, we don’t think you will be too surprised by the results.