Taiwanese electronics giant HTC is plotting two Windows RT-based tablets, according to a report by Bloomberg. The report cites the usual "sources familiar" with the matter, and as well as a an all-singing 12-inch version of the purported tablet duo, HTC is also said to be following market trends by also offering a much more pocketable 7-inch version.

The latter will no doubt compete with the likes of the Nexus 7 and iPad mini, a market which has risen to prominence over the past 18 months. When Apple first brought the iPad, a slew of companies brought out similar, large tablets – most of which failed to get out of the blocks. However, with Amazon bringing the Fire quite literally with a versatile adaptation of its Kindle, there are now dozens of circa 7-inch slates on the market.

If the Bloomberg reports carry any weight, then the HTC 7-inch model would be the very first to run on Windows RT. The Microsoft Surface is perhaps the only RT tablet to have made any kind of impression on the market hitherto, but with a smaller, presumably cheaper option added to the fray, the watered-down Windows 8 platform may finally begin to gain some traction.

Both the larger and smaller iteration of HTC Windows RT tablet are expected around Q3 of 2013 release, so says the report, although not everybody seems convinced HTC is yet ready to make the leap from Windows Phone 8 handsets to tablets. It has been suggested, for example, that HTC decided against a larger-screened Windows Phone smartphone, since Microsoft’s 1280×720 pixels were unworkable. 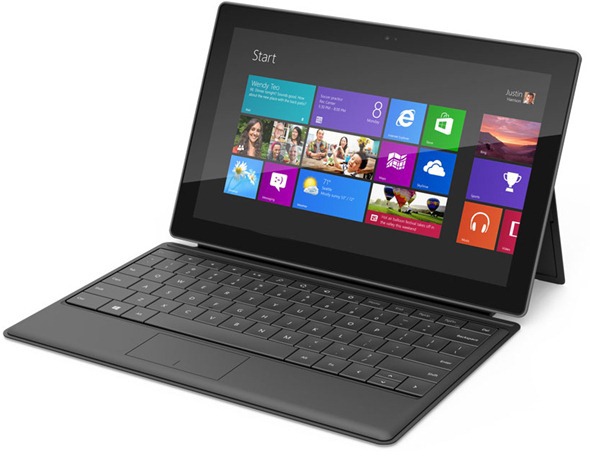 Still, Bloomberg seems fairly informed, and its report also suggests HTC initially began designing a full Windows 8-based tablet, but the idea was scrapped due to high pricing. On that note, it will be interesting to see just how many units the Surface Pro manages to shift when it releases in just a couple of weeks’ time. At $900 off the bat, it’s a steep ask for consumers, but with the genuine power and capability of a solid notebook thanks to its Intel processor, those with a little technological nous will hopefully be able to see the value in owning one.