How To Use Voice Search With Apple TV

Amazon’s Fire TV arrived with a bunch of bells and whistles, with the company proudly advertising a number of never-seen-before features for its latest gadget. One such highlight was the voice search capability, allowing a user to speak in the small mic hidden in the Fire TV’s remote control and search using natural speech instead of having to fiddle around with repetitive typing on a rather inconvenient mechanism that the TV remote’s buttons offer. However, did you know that if you own an Apple TV and an iOS device (even if it’s just an iPod touch), you can use the same level of voice search for your fruit-company gadget, too?

The catch here is “have an iOS device”, since there’s no microphone embedded in the Apple TV’s physical remote. Instead, what you need is the iOS Remote app installed on your iPhone, iPod touch or iPad, which basically lets you use your iDevice as a virtual remote for your Apple TV. Within the iOS Remote app you will find your Apple TV listed; tap it, and you are in control. Now, simply locate a search field and when the keyboard appears, switch to voice dictation input using the microphone key. Yes, that’s it – now you’re searching on your Apple TV using voice!

The method, albeit uncomplicated, sounds rather handicapped, since there’s a definitive requirement for an iOS device that support Siri. However, our argument here is that for users highly entangled in the iOS ecosystem, this doesn’t really apply, because they’re more than likely to have an iOS device at hand anyway. Indeed, the percentage of users that own an Apple TV without having an iPhone, iPod touch or iPad is so small that it’s practically negligible. Therefore, you might never find yourself without having a voice-enabled remote control for your Apple TV as well. 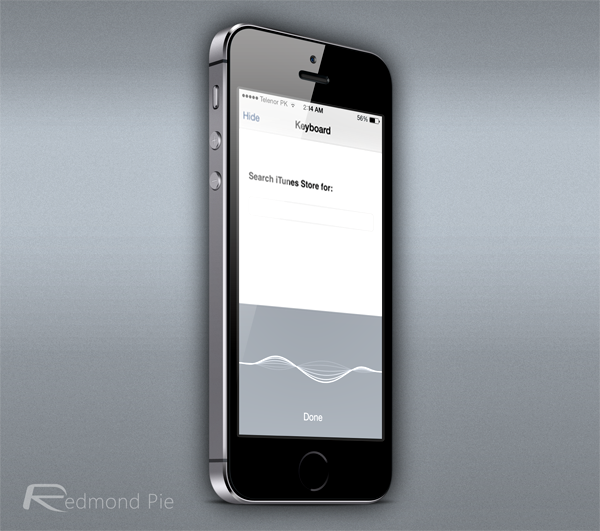 Amazon’s Fire TV is a fantastic new addition to the company’s growing efforts at getting more and more into your living room, and your life in general. The device is well thought out and effective, and the universal search is a great facility. In fact, the only objective behind this post is to help you Apple users if you’re feeling left out with an Apple TV and miss not having voice enabled search control. Enjoy!

(Download: Remote app for iOS on the App Store)