How To Use Real Photos As App Icons On Android Devices

Icons are great and all, but you know what’s really great? Icons made out of photos of things. If you own the right kind of phone, such a thing isn’t too far away.

If there is one thing that users of Android phones like to laud over those with iPhones, it’s the undoubtedly the way in which Google’s mobile operating system can be customized to fit the need and will of the owner. New launchers, new icons and new sounds are the order of the day for any self respecting Android phone owner, but we doubt many have gone quite as far as Reddit poster davy_crockett.

Not content with just altering a few icons and adding a fancy wallpaper, davy_crockett set about creating something a little different. If some developers like to make digital versions of real world items look like their physical originals, then why not go one step further and have icons do the same? In fact, why not have icons look like photos of the things they represent?

In case you’ve not already figured out where this is going, davy_crockett has managed to use photographs as icons for things like the clock and music apps, all thanks to Apex Launcher’s ability to resize icons and MultiPicture Live Wallpaper. The end result is the ability to tap the earphones when he wants to listen to music. Want to set an alarm? Tap the photo of a watch. Google Maps? You guessed it, tap the photo of a real life map. If you’re tired of a grid of app icons and fancy something a little more life-like, then this is right up your street. Assuming you’ve got an Android phone, of course. 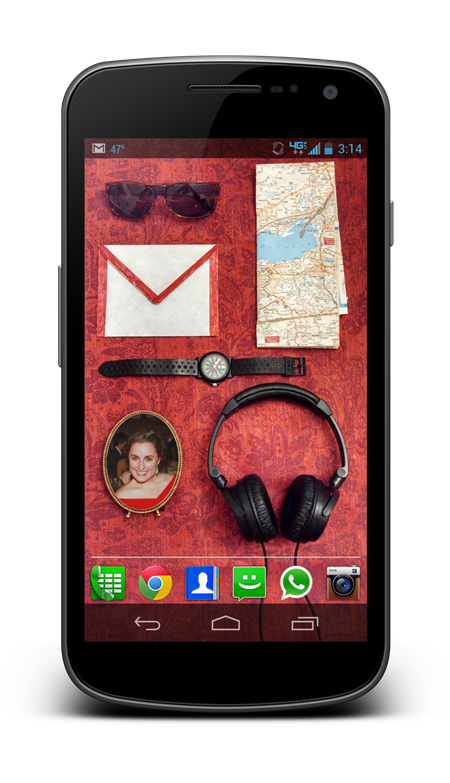 This isn’t the first time someone has produced a home screen full of photos as icons, but it is certainly one of the best we’ve seen. The end result should be fairly easy to create, too, assuming you’ve got more patience than us that is! We’ll just stick to thinking we’re really clever because we know how to make folders!