The Apple Watch continues to stutter its way to market. I say stutter, because, well, many of those who’ve ordered the device won’t be graced with its presence until July, despite the fact that it launched merely ten days ago. Still, while most attempt to digest the price tag of a device that doesn’t, when you actually think about it, have a legitimate purpose as yet, others have found ways to hack and modify the wearable, and if you’re wanting to hook a third-party band up to your Apple Watch, there’s a fairly easy way to do so.

Unbox Therapy’s Lewis Hilsenteger, who drew attention late last year when demonstrating the iPhone 6 Plus’s bend-ability, has shown how the stainless steel Apple Watch with Classic Buckle or Modern Buckle can be manipulated to run with just about any other watch buckle under the sun. As soon as the Apple Watch was announced, we looked on as numerous start-ups sought to capitalize on this new product category, offering connectors that would hook the Watch up to any and every band known to man, but if you own the Classic or Modern Buckle, you’re apparently all set. 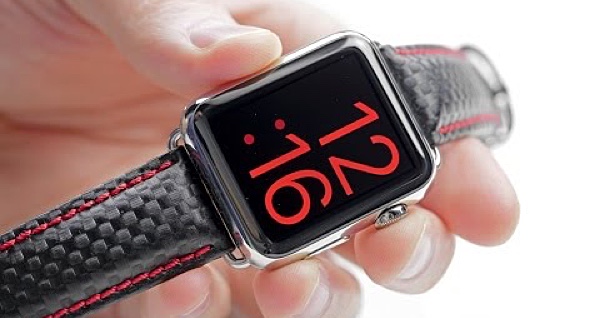 So long as your third-party watch band measures in at 22mm, you can use a pentalobe screwdriver to disassemble your Watch, attach the new strap, and continue about your business. It only works with Watch bands held together by pin, so the Modern Buckle and the Classic Buckle, but if you’re in ownership of this particular strap, then you’re good to go.

Apple is, as we know, rather cash-rich, and the Apple Watch, despite the mixed reception, seems like yet another money-spinner for the iPod maker. With that said, plenty of folk are looking for ways to save money, and as Unbox Therapy demonstrates, using any band with the stainless steel Apple Watch is actually quite a painless experience.

What do you think, would you take a screwdriver to your new Apple Watch? Or would you prefer to purchase Watch bands through Apple’s official channels? Share your thoughts and comments, as ever, via the usual channels below – it’s always great to hear from you!