The Apple Watch app updates keep on coming, and the latest iPhone app to receive a wrist-worn component is Foursquare’s Swarm, the app that lets users check in and meet up with friends.

Updated today and now version 2.3 the new Swarm app brings with it a couple of new features alongside the Watch component that will no doubt get most attention. According to the app’s release notes users will be able to take advantage of updated stickers, with new ones also added so people can unlock more as they use the app. Stickers now also live inside their very own tab, improving the interface for those that find themselves enjoying the gamification of Swarm. 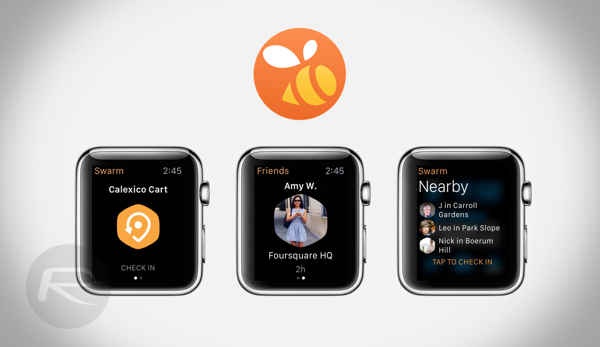 The biggest standout feature for most though will be the addition of an Apple Watch app to the existing Swarm for iPhone release. Now, users who own an Apple Watch and choose to install Swarm will be able to quickly check into places using the app’s handy one-button checkin feature. Beyond checking in, the new Swarm for Apple Watch will also allow users to see who is nearby which could be a real boon for those who live in cities with a big Swarm presence.

The Swarm app on Apple Watch at least appears to be a good implementation, bringing features to the wearable that suit it rather than trying to fit the whole Swarm experience into something as small as a watch. If you’re a big Swarm fan and have an Apple Watch on your wrist then get the update now – it looks like it could be useful indeed. 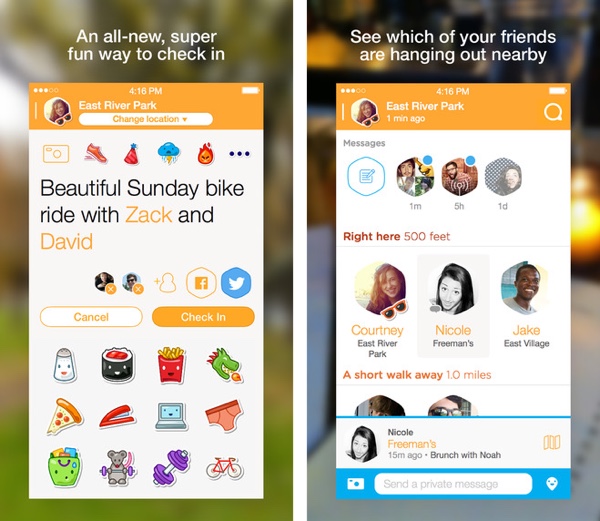 Apple Watch apps are still arriving over a week after the device started to ship. We can’t wait to see what developers come up with in the coming weeks.

Swarm for iPhone is absolutely free to download and there’s absolutely no harm in trying it out if you haven’t already. And for your convenience, we’ve added the direct link to the app itself below.

Be sure to let us know in the comments section what you think about this update for Apple Watch.