Apple’s WWDC keynote a couple of weeks back introduced a number of new and exciting features to the melting pot, and although nothing was explicitly mentioned about the new Flyover City Tours feature headed to the Maps app, the company did mention that its in-house mapping solution would be subject to some significant improvements across the board. One eagle-eyed developer spotted the feature hidden inside iOS 8 beta 2, which was rolled out back last week, and now, any beta user can enjoy limited access to the feature.

In case you missed our original coverage of Flyover City Tours, it’s a fairly self-explanatory feature in iOS 8 Maps that will allow users to take virtual tours of major cities, panning and zooming around major buildings and landmarks with relative ease. It offers detailed, 3D perspective on a number of points of interest, but given how Apple has yet to take the wraps off this particular feature, it should come as little surprise that it only works for select cities at this point in time. 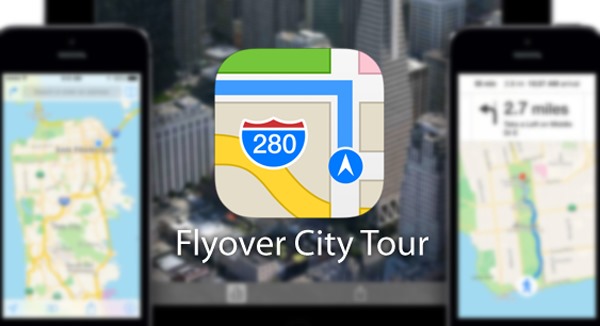 Still, if you’re an iOS 8 beta user, you can now indulge in a Flyover City Tours of your own, courtesy of 9to5Mac. Simply enable the Hybrid view in Apple Maps, locate a city with a little yellow label, and tap on the city’s name. From there, hit the “Tour” button, and you’ll be able to enjoy a taster of things to come with iOS 8’s Flyover City Tours feature.

As aforementioned, this beta feature is limited to select cities, including Rome, Barcelona, New York and San Jose, but as Flyover City Tours is deemed ready for prime time, we’ll surely see more cities and landmarks added in due course.

It’s rather ironic, given the stuttering start for Apple Maps when it first emerged along with iOS 6, that it should include one of iOS 8’s more exciting little features. We’ve been trying the Flyover City Tours out for ourselves, and although it appears to need quite a bit of work, it does look very, very promising indeed.

Give it a try for yourself, and let us know how you get on.