iOS 8 Beta Has Hidden ‘City Tours’ Features In Maps App, Here’s What It Looks Like [Video]

Apple’s iOS 8 was announced a couple of weeks ago at the WWDC keynote event at the Moscone Center, but while, we were taken aback by how many features the company had packed into what was initially touted as a rudimentary update, we’ve been continually surprised by further clues on features as discovered through the subsequent iOS 8 betas. Earlier on this week, Apple rolled out iOS 8 beta 2 to developers, and having done some digging, one developer has manage to find and partially unlock the “City Tours” feature that Apple quietly alluded to before.

Apple made a typical song and dance about several new iOS 8 features back at the Worldwide Developers Conference, but only briefly noted City Tours amid a long list of new additions to the fold, and at the time, we simply presumed that it would be integrated into the Maps app. Now, thanks to the diligent work of developer Pierre Blazquez who has managed to open up this concealed feature, we can get something of a closer look as to what City Tours actually provides, and on first impressions, could really enhance the functionality of Apple Maps. 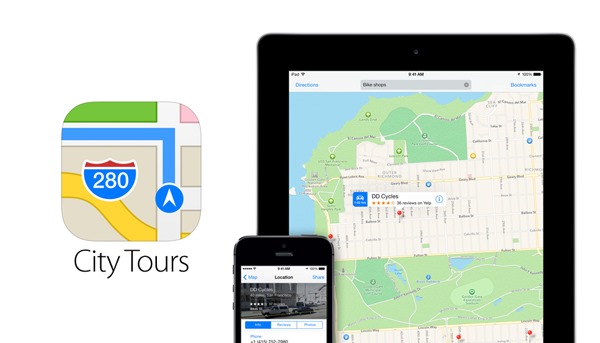 Essentially, as you’ll see from the video demonstration of the feature running on iPad, courtesy 9to5Mac, it offers a fly-over view of a city, with stunning visuals facilitating a truly immersive experience. You can pan and zoom as you please, checking out landmarks and other points of interest, and although it’s only limited to a bunch of major cities including Rome, Barcelona, New York and San Francisco, one can assume that Apple will aim to roll City Tours out to every major city eventually.

Apple Maps first rolled out with iOS 6, and by anybody’s reckoning, it was a complete disaster. The fallout saw iOS SVP Scott Forstall shown the door in very unceremonious fashion, but despite an early set back that saw CEO Tim Cook outline rivals’ mapping services as alternatives for iPhone and iPad users in an open letter, things are now shaping up nicely with City Tours and iOS 8.

It definitely looks promising, and if you want to see what Apple may be bundling into Maps for the end-user iOS 8 roll-out, check out the video below.