You can now download iOS 8 beta 2 as Apple has just starting rolling it out for registered devices. Among other things, this build includes performance fixes and general stability improvements. Having rolled out the first beta for iPhone users following the WWDC keynote earlier on this month, this follow-up doesn’t offer a great deal more in terms of raw features, but given how rough and erratic that initial release was in comparison to the polished seamlessness we’ve accustomed ourselves to with iOS 7.1.x, it’s a welcome bump that renders iOS 8 beta considerably more usable.

In the run-up to iOS 8 announcement and indeed, in the immediate aftermath of its showcasing by Tim Cook et al, it didn’t appear that Apple had packed an incredible amount of features into the melting pot. Sure, we were impressed by the third-party keyboard and widget support, as well as the Continuity features that will further integrate iOS with Apple’s desktop OS X software. But since we first clapped eyes on iOS 8, we’ve dug up a multitude of exciting, notably smaller tweaks, and given that we’re still a good few months from the GM, we could be in line for a few more before iOS 8 is deemed ready for prime time. 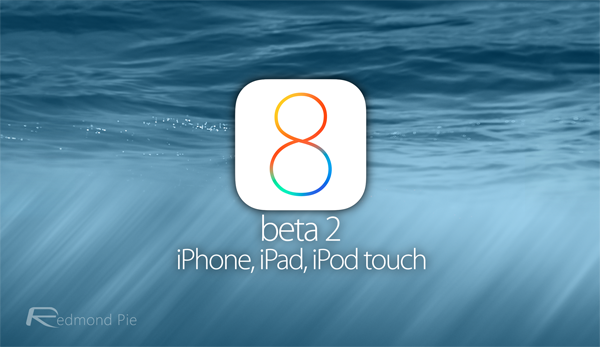 In the past, Apple has rolled out early betas for iPhone only, before eventually offering iPad support later on in the beta cycle. But this time around, the company managed to prepare its software for all compatible devices from the start, and as you would expect, the second beta is also tailored to the iPhone 4s and higher, iPad 2 and newer, and the fifth-generation iPod touch.

If you want to try out this new beta, you will have to register as an Apple Developer, which costs $99 per year. From there, you can download iOS 8 beta 2 and any subsequent betas that Apple releases for iOS, as well as untested OS X and iTunes software. We have a full tutorial on how to get iOS 8 beta on your device the right way, you can follow it at: Download iOS 8 Beta 1 And Install On iPhone 5s, 5c, 5, 4S, iPad, iPod touch [How-To Tutorial]. 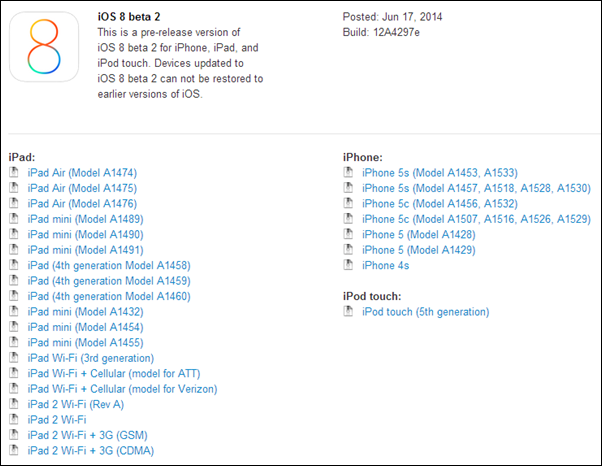 If you already have beta 1 of iOS 8 running, you can simply update via OTA update feature found on the device itself. 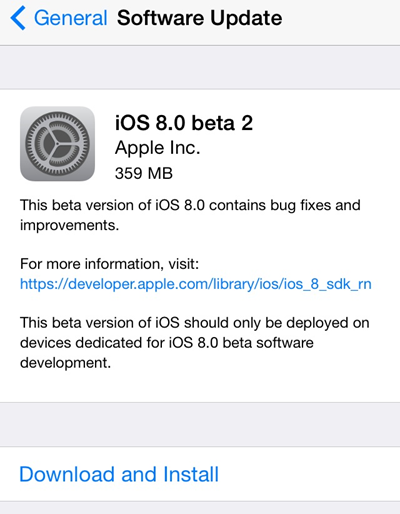 We haven’t had the opportunity to check this second beta for ourselves yet. But once we have, we’ll be bringing you guys a hands-on report with any significant or otherwise interesting findings, so stay tuned!