How To Send Self-Destructing Emails In Gmail

Have you ever sent out an email to someone only to regret having sent the message that it contained? If so, you might be interested in a new Chrome extension called Dmail, which can save the day by giving your Gmail-based emails the ability to self-destruct.

Dmail, which currently supports Gmail only, comes in a month after Google introduced a new ‘Undo Send‘ feature in Gmail which allowed users to revoke a sent email within 30 seconds of hitting the Send button. This extension allows you to send an email to anyone, with the power to revoke the recipient’s access to it at anytime. You can also set a self-destruct timer such as an hour, a day, or a week that denies access to the email after the specified time period has passed. 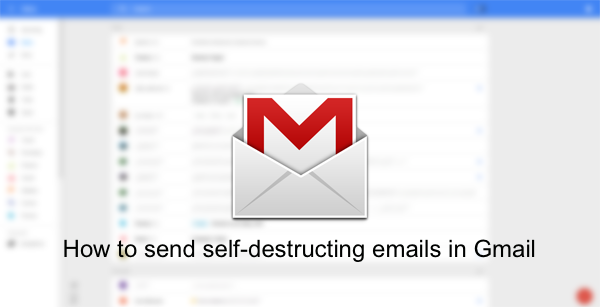 After installing the Dmail extension, you’ll see a new switch added to the bottom of a new email that you are composing. You can simply flip that switch to enable or disable Dmail whenever you want. 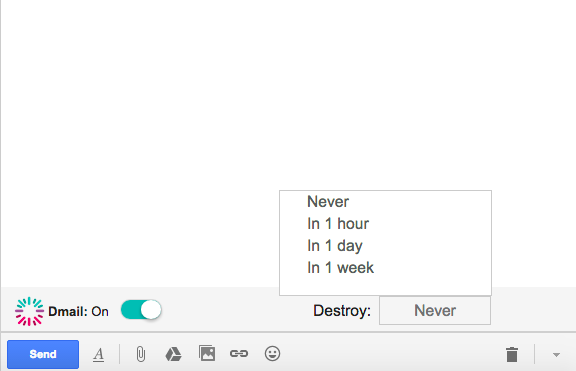 Much to everyone’s delight, it doesn’t matter whether the recipient has the extension installed or not. While recipients with the extension already installed can read the email directly from Gmail until access to it is denied by the sender, it works a bit differently for those who do not have Dmail installed. Such users will receive an email which reads “This secure message was sent using Dmail. To view this message, simply click the button below”, after which a new tab will be opened displaying the email.

After access to the email is revoked, the recipient will view a message that says “This message has been destroyed and is no longer available”. This means that the email will not be removed from the recipient’s inbox, it’s just the access to the message which will be denied.

As of now, the extension is available for the Chrome web browser on desktop but an iOS and Android release is expected for later this year. The team is also planning to add the self-destruct functionality to document attachments as well. With this extension, you now have a chance to keep your impulsive or accidental emailing in check. 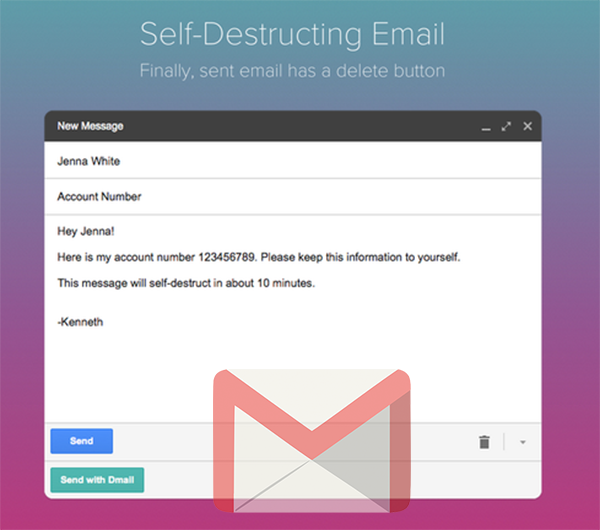