You can level all kinds of legitimate complaints at Facebook, but not iterating is certainly not one of them. The Facebook web interface is currently undergoing some big changes, with those changes being rolled out to users on a staggered basis. We’ve not got all of them ourselves, but one that we do have access to is Stickers.

For those who haven’t been paying attention, or have been living on a desert island, Stickers are basically emoji icons but, well, bigger. They’re much bigger, in fact, and beautifully drawn, too. We’re not huge fans of emoji if we’re perfectly honest, but we imagine that if we were, we’d totally love Stickers. No doubt about that.

If there’s one complaint to be leveled at Stickers though, it’s the fact that they can only be sent via Facebook’s iOS Messenger or Android apps. It’s a bit odd, really, but it’s the way it is. At least, that’s the way it is if you’re not using Google Chrome as your web browser of choice on the desktop.

Facemoji is a Google Chrome extension that does one simple thing, and that’s allow Stickers to be sent from the desktop version of full Facebook site. 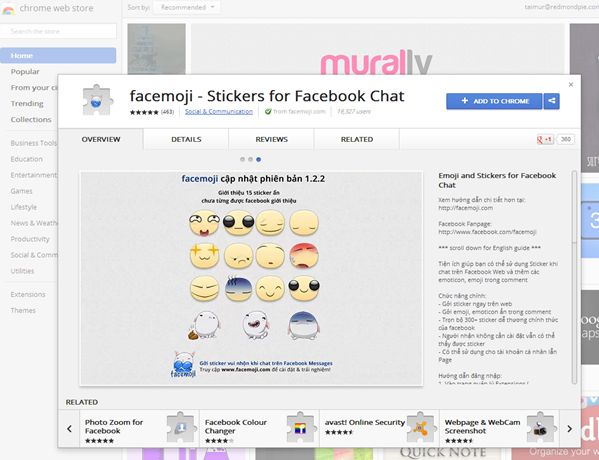 Installation is just like any other Chrome extension, and once done you’ll need to sign into Facebook so that the whole shebang works. Once done though, you’ll notice a new icon in the Chat or Messages windows inside facebook.com. Hitting that opens the Stickers interface, which is where you will be able to choose which one you want to send. There’s lots to choose from, so if Stickers are you’re thing we’re sure you’ll be able to find one to fit the bill. 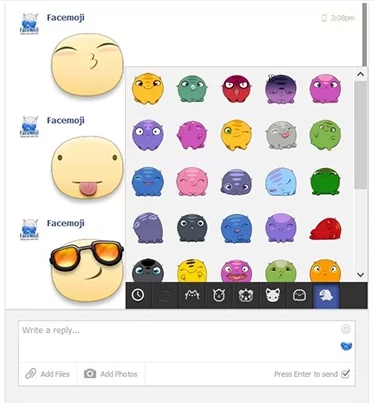 One concern we had was that these Stickers may not be displayed depending on where they are going, and whether the recipient has Facemoji installed or not. Thankfully, it doesn’t matter what platform the recipient is using – they’ll see your Sticker in all its glory regardless. Win! 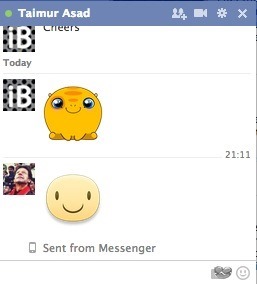 Facemoji is a free Chrome extension, and if you’re a Stickers user, then you really have no reason to avoid giving it a try. That is, unless you don’t use Chrome in which case the question is: why not!?