How To Root Galaxy S III

Most of you looking to get your hands on Samsung’s latest Galaxy S III smartphone will still be waiting, but courtesy of the intuitive folks over at XDA, it’s already been rooted. As was the case with the Galaxy S, S II and the larger-than-life Galaxy Note, it doesn’t have a locked bootloader, so the task of acquiring root was automatically that tidbit easier.

Samsung could have made it difficult for the hackers and devs to get into the Android innards, but have done the community a real service by shipping the device with an unlocked bootloader. Many OEMs love to play hard-ball, but the Korean company doesn’t seem altogether bothered with what users do with a device once it’s been paid for – as it should be. 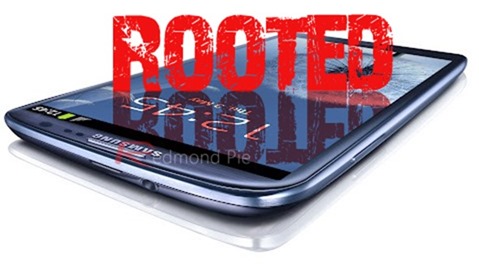 While, as stated, we don’t reckon many of you will be in possession of a Galaxy S III just yet, it’s good to have the information out there so you can get a rough idea of the steps involved when you finally do get your paws on the Samsung’s first quad-core effort.

As usual, follow at your own risk. This tutorial is posted for information purposes only.

Step 1: Download the insecure kernel (based on the XX NEE ALE8 firmware) from Chainfire.

Step 2: Download ODIN 1.85, which we’ll be using to flash the insecure kernel.

Step 3: Once you’ve download both, extract using the archiving tool of your choice. I use WinRar, but if you’ve done this before, you’ll probably have your utility of choice already installed.

Step 4: After extracting the kernel, you’ll be left with a .tar file.

Step 5: Place your device into Download Mode by pressing and holding the Volume Down + Power / Lock buttons simultaneously, and pressing Volume Up when prompted.

Step 6: Run ODIN, connect your device to your PC via USB, and within ODIN, click on PDA and select the .tar file you extracted from the insecure kernel.

Step 7: Click Start and the flashing process will begin.

Step 8: Now you will need to "upgrade," as it were, from insecure to full root. To do this, you’ll need to boot your Galaxy S III, and enable USB Debugging by browsing to Settings > Applications > Development.

Step 11: With adb running, double-click the install.bat, and after a reboot, your Samsung Galaxy S III will be fully rooted!