One of the larger reasons for a lot of people – who are technically sound enough to opt for a free alternative like Linux – to continue using Microsoft Windows, is the platform’s wide support for applications, and, in particular, games. For even casual gamers, Windows is perhaps the sole choice, owing to the fact that the vast majority of games are available on the said platform, and Mac and Linux continue to trail far behind in comparison when it comes to the number of available titles. For this reason, it makes sense that almost all versions of Windows are capable of running most titles, whether they’re legacy classics or modern-era high-end shooters.

Likewise, when it comes to online gaming platforms, the maximum support is again seen of Windows, too. Steam is one of the most popular and highest-usage gaming platform, and while it’s been available for Windows since almost forever, there still isn’t an official Windows 8 Modern UI app for it. Judging by the platform’s official reaction to Windows 8, which pits the operating system as one of the biggest disasters, it seems unlikely that users will see one such app, either. While this doesn’t impact much anyway, since you can always use the Desktop application, and even pin games to Start Screen by manually moving them to the Start Menu folder, the fact remains that there is no easy way of pinning Steam games’ tiles to your Windows 8 Start Screen – or was, until Pin Steam entered the arena. 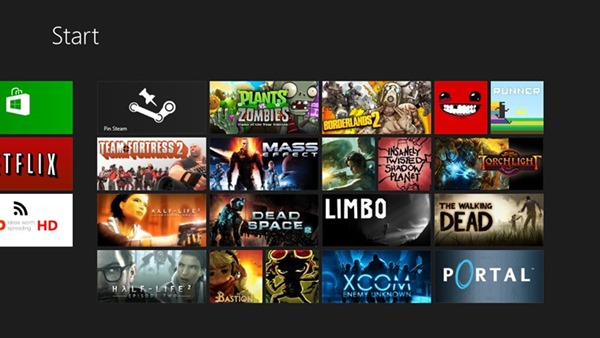 Pin Steam is a commercial Modern UI app for Windows 8 that allows you to painlessly pin Steam titles as tiles to the Start Screen, and even customize them to your liking. Tiles are available as both small and large, and are really beautiful in their appearance.

You launch the app, and every Steam title is listed there and then, irrespective of whether you have it installed on your PC or not. Click a tile and you’ll get the Steam login prompt seeking your credentials (a one-time affair), after which a left-click will result in either launching the game if it’s installed, or initiating the install process, if otherwise. A right-click will let you customize the game tile and pin it to the Start Screen. 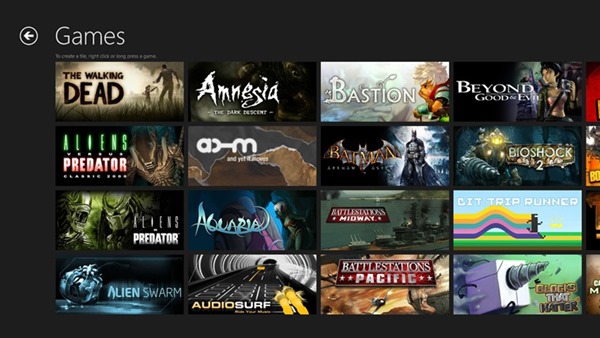 Not only does Pin Steam let you add Steam games to the start screen, but you may configure non-Steam titles as well. The app even lets you pin websites as Start Screen tiles, so it’s pretty cool to have. However… 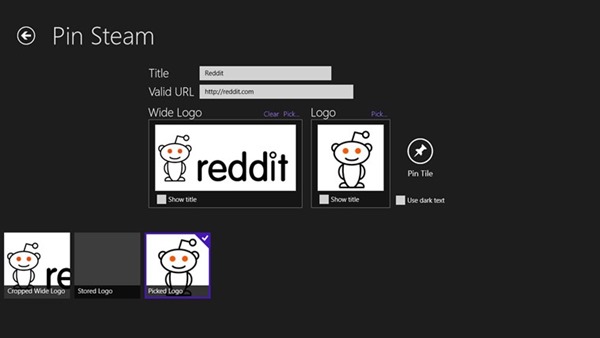 The downside is that Pin Steam isn’t a free app – it carries a price tag of $1.49 in the Windows Store. While that might not be too much, you won’t find yourself highly motivated to spend that dough for something that you can probably already do for free, although one has to admit that the tiles created by Pin Steam are quite appealing when it comes to the logos selected for games. In the end, it’s your call, as to whether you want something better looking for a meager amount, or would rather go for the free alternative.