The Apple Watch is one gadget that quite a few customers are still contemplating on. Some of that hesitance can be attributed to the Watch OS’s complicated user interface. Well luckily, this cheat sheet, which is in fact a flowchart, shines light on how to go about the new user interface of the Apple Watch.

The Apple Watch can be checked out in all Apple Retail Stores including try-on sessions, and while the build quality and look of the apps are undoubtedly unquestionable, there are many people who are finding Apple’s marketing take on the user interface slightly unnerving. Apple, as always, has given the navigational features on the watch cool names to go with, and to an extent it does help remember the functions the wearable comes bundled with, but what remains unclear is the Apple Watch experience, off the wrist.

Well, if Apple is not going to do something about this, kudos to Reddit user Macamacamac for releasing a handy cheat sheet that details how the different actions on the Apple Watch actually work. The chart shows you all the features available in the watch and where each action will take you on the device. Macamacamac has suggested that a lot of reviews have also reflected on the complicated UI that the Apple Watch carries, and if you believe the UI is an easy one, good for you, but “a lot of people don’t understand the screen hierarchy because there isn’t just one home page like there is on the iPhone.”

A lot of reviews have stated that the UI is in fact something that you have to get used to, which usually takes two to three days. However, there will definitely be users who could go through some trouble navigating the watch because it’s quite unlike Apple’s mobile OS – iOS.

Coming back to the cheat sheet, some users on Reddit have complained that the chart is in fact more intimidating than the tricky UI on the Apple Watch, but for those who want to truly invest their time in discovering the Apple Watch’s functions and capabilities, this cheat sheet will at least provide a good start. 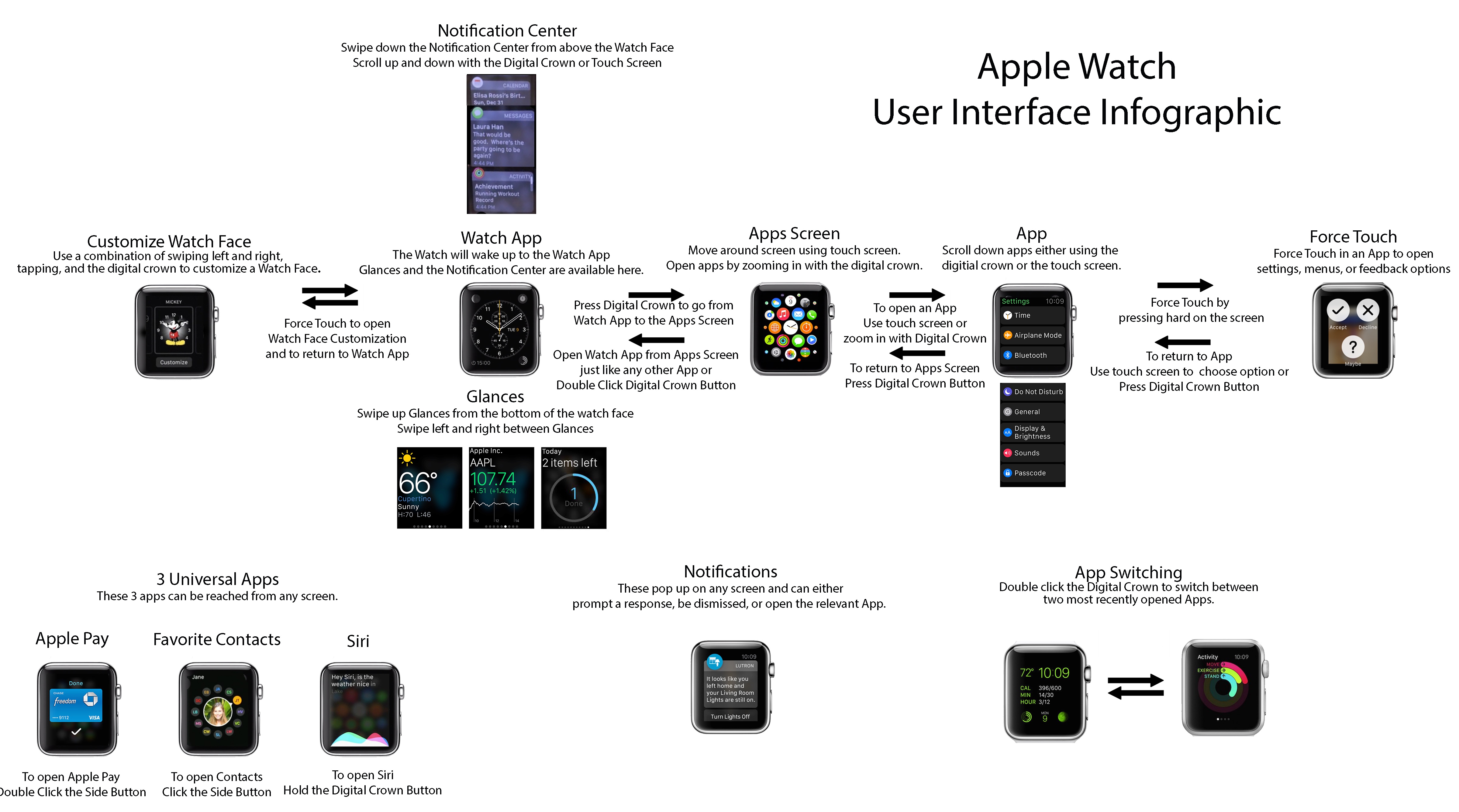