How To Jailbreak iOS 9.3.3 On Windows Or Mac Using Pangu And Cydia Impactor [English]

As you may be aware by now, the more mainstream English version of the new Pangu Team jailbreak is officially out for everyone, and in addition to support for the English language, it works on Windows, Mac and Linux and has also been updated to follow a different jailbreak process.

Rather than all being done in a single desktop-based interface, users are now asked to use a tool called Cydia Impactor by Saurik to digitally sign an IPA file by Pangu that is then installed directly to the device in order to perform the jailbreak via a sideloaded app. The changes exist, but of course, we are going to walk you through the process. Let’s get right to it. 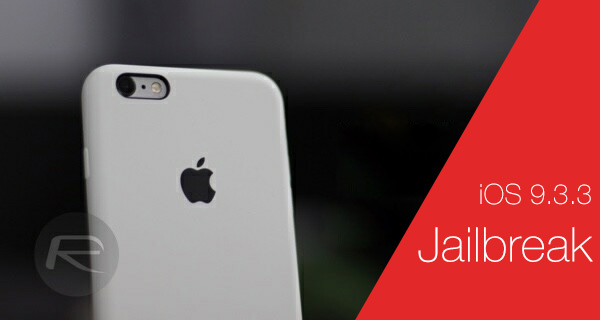 Before we get into the details, it is important to understand that the jailbreak is still a semi-untether one, which means you will have to re-jailbreak using Pangu app on the device after every device reboot (not respring). No computer will be required for this. However, as Pangu tells us, “the certificate will expire in 7 days.” for the sideloaded Pangu app if you use regular free Apple ID for signing, in which case you will need to re-sideload the Pangu app by first signing it again using Cydia Impactor.

Those using Apple Developer account IDs will have their jailbreak last them for 1 year after which they will have to do the process again via Cydia Impactor. It’s important to note that you don’t have to reinstall jailbreak tweaks after every 7 days or 1 year, only need to resign and re-sideload the Pangu app using Cydia Impactor.

Step 1: Run the Cydia Impactor tool for Windows or Mac.

Step 2: Connect the iOS device to be jailbroken to your computer via a USB cable.

Step 3: With the Cydia Impactor app interface visible, drag the NvwaStone_1.0.ipa file you downloaded earlier into Cydia Impactor, and make sure that your iOS device is recognized by the app as seen in the image below.

Step 4: When presented with an “Apple Developer Warning“, click on the OK button to continue.

Step 5: When prompted to enter an Apple ID Username, enter the email address associated with an Apple ID. Click OK to continue. Pangu/Saurik do state that your ID will be safe and is used simply for the purposes of signing the app’s certificate, but we advise you create a secondary Apple ID for this purpose. You can make free one from appleid.apple.com.

Step 7: The Cydia Impactor file will then go through an internal preparation process and then sign the IPA file. If all goes according to plan, the Pangu jailbreak app will then be automatically installed to the connected device. However, don’t run it just yet. 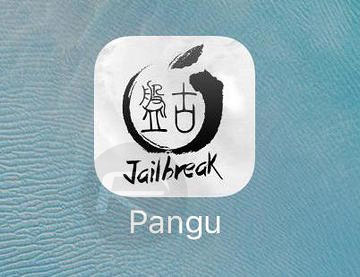 Step 9: Exit out of the Settings app, and then simply launch the newly installed Pangu app from the Home screen, which will prompt you to allow it to send notifications. Click the OK button to proceed. 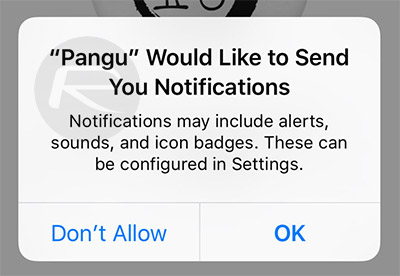 Step 10: When in the Pangu app, tap on the START button to begin the jailbreak process, and immediately lock the device manually by pressing Power button. 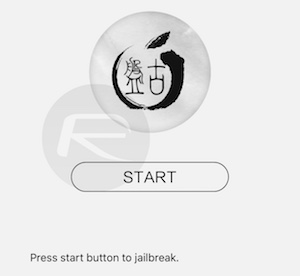 Step 11: Wait patiently as the jailbreak payload is injected into the device. Once done, you will be notified on the Lock screen that the jailbreak was successful, followed by an automatic respring of the device. 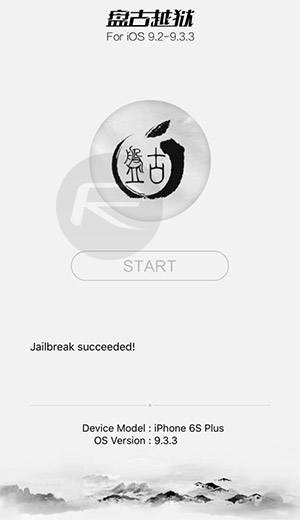 Step 12: Once the device has rebooted back into iOS, you can go ahead and launch the Cydia app to begin installing jailbreak apps and tweaks. 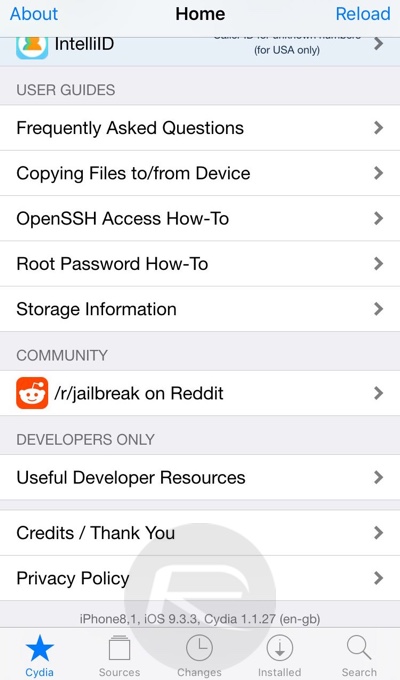 Again, as mentioned earlier, after every reboot, you will be required to re-jailbreak with Pangu app. You can find instructions for that here: Re-Jailbreak Pangu / PP On iOS 9.3.3 After Reboot, Here’s How.

Here’s video tutorial showing everything mentioned above in action: