Are you a huge fan of text-based communication? Do you regularly feel the need to include emoji characters in those conversations in order to better convey your message or express your unique personality through iconography? Well, you will love this new-found ability to use pre-approved – but as yet officially unavailable – Unicode 10 emoji characters which will most likely be coming to iOS 11.

It’s easy! And we’ll quickly walk you through the process of getting up and running with iOS 11 emoji right now on your iOS 10-running iPhone or iPad, just like how we did last year with iOS 10 emoji on iOS 9. 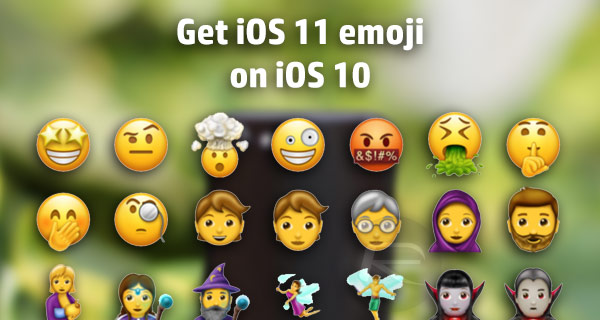 Step 1: First and foremost, on your iPhone running iOS 10, you’re going to need to head on over to the Emojipedia 5.0 dedicated page which outlines all of the new emoji characters which are destined t0 end up in iOS 11. You can get there here: emojipedia.org/emojipedia/5.0/new/

Step 2: When that page opens, it will give some information about Emojipedia 5.0, including the defined release date of June 30, 2017. After all of the text information, there is a number of links with the title “Show:”. Select the New option to only show the new entries into Emojipedia 5.0.

Step 3: Tap and hold, then release, on the Show button above all of the new emoji icons. This will bring up the familiar iOS selection interface. From there, you can use the blue selection tool to make sure that you have selected and highlighted all of the emoji to the very bottom. Select Copy. 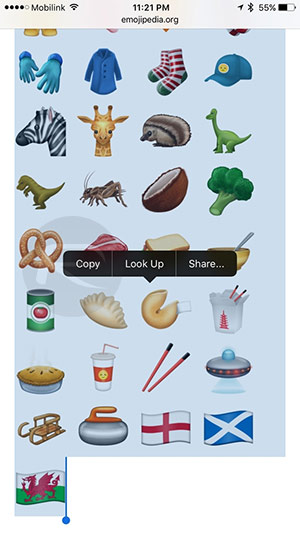 Step 4: Exit Safari and launch the native Notes app on the device. You can create a new note by tapping onto the canvas and selecting the Paste option to paste all of the copied emoji characters into the new note.

Step 5: With all of the emoji pasted into the note, you will need to tap to the side of one, and then tap and hold on that emoji character. When the menu pops up, select the Small Images option. 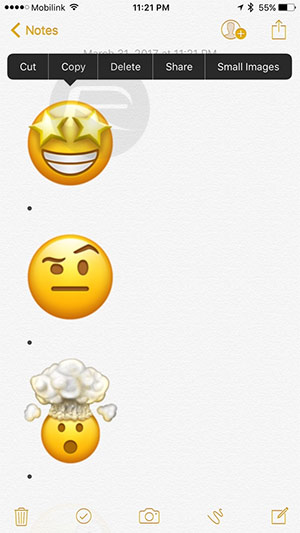 Step 6: Now simply tap and hold on your chosen emoji to once again bring up the copy/paste menu. Select Copy to copy the chosen icon to the device’s clipboard. 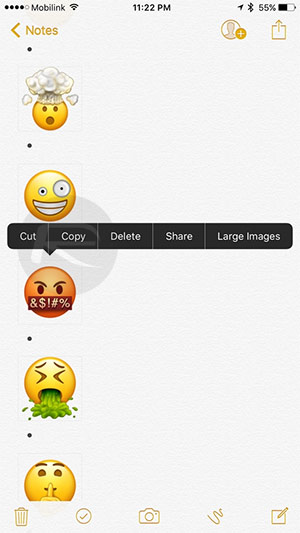 Step 7: You can now paste this image into any of your favorite messaging tools to wow and amaze your friends with your yet-to-be-released emoji wizardry. 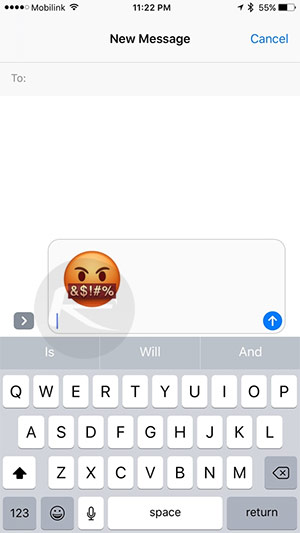 Of course, with the Emojipedia 5.0 goodness set to be released this coming June 30, and Apple’s WWDC keynote on June 5, it’s highly likely that these new characters will make an official appearance in the iOS 11 betas at some stage, which will of course make them a lot easier to use in conversations.