How To Enable Multi-User Accounts On Android 4.2 Powered Smartphones

One of the widespread, long-standing features our mobile devices seem not to have latched onto yet is multi-user support. Whereas an overwhelming number of software interfaces allow for more than one person to log in, store their own data, tweak their settings and preferences and whatnot, the vast majority of smartphones and tablets haven’t followed the script. As well as the Windows-based Surface slate, which naturally brought this feature as standard, Android Jelly Bean 4.2 also presented consumers with multi-user support, but if you were frustrated at the fact that Google has deemed it suitable only to the tablet for the time being, you’ll be pleased to learn that the MoDaCo Toolkit will help your smartphone achieve this same functionality.

Whilst I don’t really see exactly why Google opted not to include the smartphone in the multi-user bargain, I can still see the rationale behind the decision. A smartphone is inherently a personal device, one which people tend not to share, so coding compatibility might have been seen as a bit of a waste of time. Tablets, on the other hand, are commonly shared between friends, social groups and family members, and the Big G’s decision to implement an enabling feature with Android 4.2 has certainly been well received.

In the interests of freedom and consumer choice, the MoDaCo Toolkit has emerged courtesy of XDA-Developers, and if you were stalking for multi-user support for your handset, you need not look any further. Provided your device is, of course, running Android 4.2 and is also rooted, you could soon be enjoying multi-user support on your device, but while it has been confirmed as working on AOSP 4.2 ROMs, there’s currently no telling whether it will run as smoothly on any of the many other flavors and skins of Android. 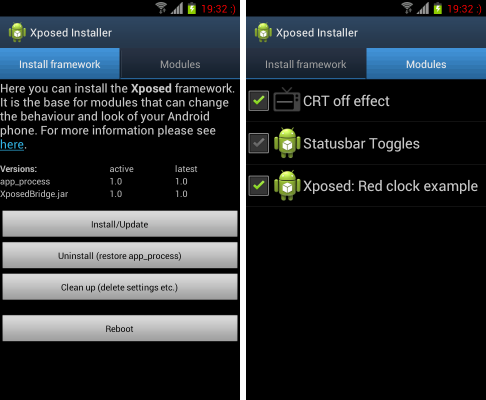 If you want to get started and are running on an AOSP 4.2 ROM, you will need to install the Xposed Framework before going ahead and running the MoDaCo Toolkit. Still, once the entire process is complete and you have rebooted your device, all of the multi-user options seen on Android tablets will be available right on your smartphone.

Click on the links below to give MoDaCo Toolkit a whirl on your rooted Android 4.2 device, and be sure to let us know how you get on by dropping a comment via the usual mediums.

Furthermore, you can also give SwitchMe for Android a try if you’re running a different version of Android.