A new update to Google Play Store app APK for Android is now available for download, bringing the version number up to 4.1.6, and we have full download and installation details right after the jump.

The update, rolling out to users now – a process that can often take weeks – mainly brings user interface tweaks to an app that arguably needed them. It’s not just fixes to visual oddities either, Google has brought some new flourishes to the application too.

On the bug fixes side, if they can be called that, the new Google Play Store, which is a successor to Play Store 4.0.27, has a much more consistent font design throughout the app, as well as retouched Uninstall and Open buttons when viewing application pages. Oddly, Google has also changed the term ‘My Wishlist’ to feature less capitalization, now saying ‘My wishlist’ instead. It’s a minor change, but one that shows Google is becoming aware of such minor issues in its apps, whereas such things would previously go unnoticed.

That wishlist page has changed from a list of apps to a new, card-based interface too. Unfortunately, those cards do not seem to have a uniform size though, which is disappointing. It’s the kind of small design snafu that we hoped Google had cleansed itself off. Unfortunately not.

More functionally, menu buttons for items now list the item’s price besides the ‘Buy’ button, and the app will also now tell users when they are about to download a large update over a cellular data network. Previously, Google Play Store was quite happy to sit and soak up your data cap with little consideration for the consequences. It’s another small update, but one that should probably have been there from day one. 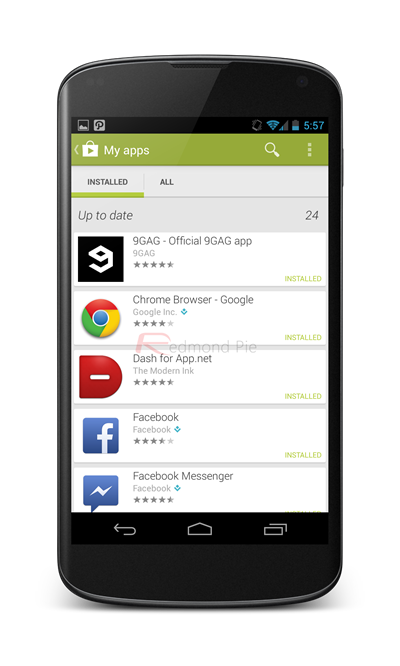 Users with hundreds of apps will appreciate that the ‘Update All’ button now includes apps that require new permissions, though oddly it now says ‘All’ even when there is just the one app requiring an update. Google fixes a few bugs and adds another, unfortunately. 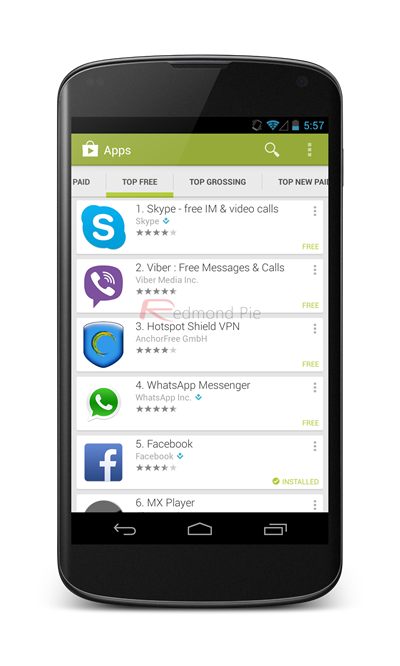 Users not wanting to wait for Google to update their apps automatically can download the APK themselves. We all like to have the latest and greatest, so we suggest you hop on this now rather than waiting.

Nobody likes waiting, after all. 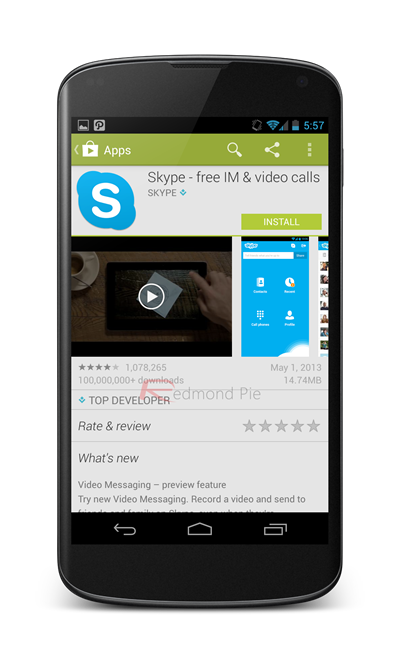