How To Enable iOS 11 One-Handed Keyboard On iPhone

Here’s how to enable and use iOS 11 one-handed keyboard feature on supported iPhone devices, complete with step by step instructions.

Apple has not only introduced a new one-handed keyboard into iOS 11 but also has integrated it into the platform in such a manner that it’s fairly simple to use without any learning curve whatsoever.

Ever since Apple started supporting third-party keyboards on the App Store, developers have been offering additional keyboard experiences for the platform, but users have generally found them difficult to understand and have been concerned at the required permissions. This new integration by Apple is as simple as using the standard stock iOS keyboard, which we are going to take a look at right now.

Step 1: First and foremost, you are going to need to be inside of an app which takes some kind of text input so the keyboard is present on the display. Be in the stock Messages app, WhatsApp, or even composing a Facebook status in the app or website will do.

Step 2: When inside of that app, try and compose some text using one-handed. You’ll know that it’s difficult to do on an iPhone 6 or iPhone 7, and even harder to do if you are a 6 Plus, 6s Plus or 7 Plus user. Now to make it easier to type one-handed, tap and hold down on either the Globe or Emoji icon on the keyboard – the active visible icon will depend on the keyboard that you currently have active – and you will notice that a set of new symbols will appear. 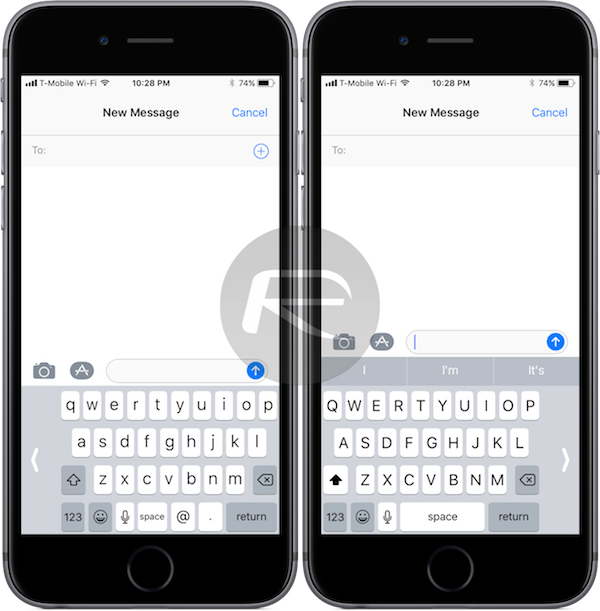 And there you have it, yet another relatively simple but exceptionally effective new feature in iOS 11. Apple may have taken to the WWDC stage with the intent of waxing lyrical about the wholesale iOS 11 changes, and as good as those changes are, it’s really the collective smaller improvements and refinements which will really set iOS 11 out from not only previous versions of the platform but also from competing platforms.