How To Check If Your Smartphone Is Android Wear Ready

Yesterday, in case you missed the mountain of coverage, was the keynote event of Google’s I/O developers conference. Held at the Moscone Center in San Francisco, the search company made many significant announcements relating to the home, car, smartphone, and wearables. For once, though, Google Glass was off the menu, allowing the Big G’s smartwatch endeavor to command most of the limelight, and with the full Android Wear SDK having just been rolled out to developers, there’s now a very easy way to check if your handset is compatible with Android Wear.

The first thing to note is that, at present, Android Wear is built only for Android smartphones. In the future, it’s very likely that Google will humor those rocking an Apple iPhone, but during these early stages, it makes sense for everything to be kept in-house, as it were. 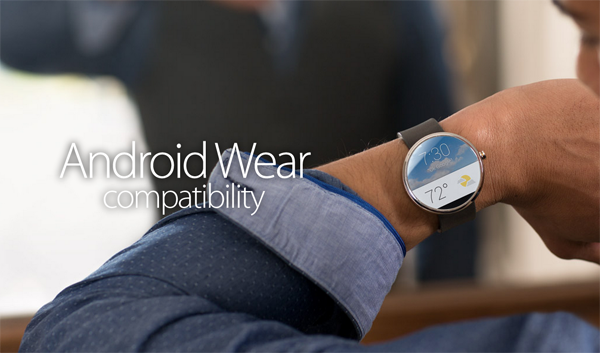 Given the close-up clips we showed you of some of Android Wear’s initial devices, it’s probable that you’ll be wanting to know if your smartphone is Android Wear-ready, and in actual fact, it’s very easy to check. Below, we’ve prepared a very short tutorial on the subject, so if you’re keen to grab a Moto 360 or LG G Watch upon release, be sure to follow the steps carefully.

Step 1: Open up Chrome on your Android device.

Step 2: Next, point the browser to android.com/wear/check

Step 3: Bingo! You will then be told whether your handset is indeed supportive of Android Wear. 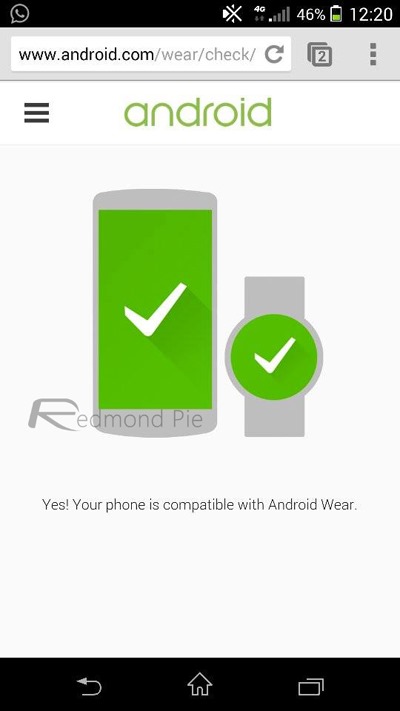 With LG and Motorola having already showcased the G Watch and Moto 360 back when Google first unveiled Android Wear, yesterday’s I/O gave us an opportunity to take a closer look, and with Samsung also belatedly joining the party with the introduction of the Gear Live, we already have three major releases to look forward to on Android Wear.

In addition to those aforementioned, the likes of HTC and ASUS are also confirmed as working on releasing their first smartwatches under the Android Wear software umbrella, and given the sleek smartphone finishes that HTC has come through with over the past couple of years with the One (M7) and One (M8), the very beautiful Moto 360 could have a real challenge on its hands in the design stakes.