Users of existing Philips Hue lighting accessories were pleased to learn recently that the company would be making it possible for existing bulbs to work with Apple’s HomeKit platform. How that was going to happen wasn’t entirely clear, and with HomeKit support not able to be added via a software update alone, new hardware was going to be required to get the ball rolling. Now, thanks to a leak by a Dutch lighting store, we know just what that hardware will be.

Dubbed the Philips Hue Bridge, the device looks like a white Apple TV and will act as a go-between for the existing Hue hardware in your home and Apple’s HomeKit. When all set up and configured, the Hue Bridge will allow any Hue lights to interface with HomeKit, meaning, in addition to remotely turning them on and off the old way, iOS devices will be able to use Siri to do the same as well as carry out more complicated actions depending on the hardware at hand. Philips will have to update its companion app, of course. 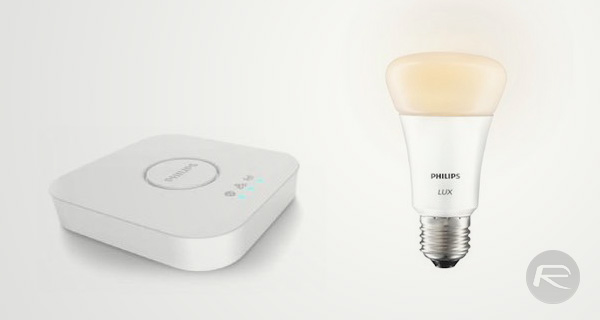 The arrival of the Hue Bridge hasn’t yet been officially announced by Philips and the store entry has now been removed by the Dutch website that outed it. That didn’t happen before screenshots of the entry were taken, with the Hue Bridge listed as costing €60. We don’t yet know when this hardware will go on sale except that it’s coming sometime this fall or indeed how much that price will be when translated to international currency, but just the fact that we know the Hue Bridge to exist should give hope to those who kitted their homes out with Philips Hue light bulbs not too long ago, only to find that they aren’t natively compatible with HomeKit.

Below is a shot of the aforementioned store’s Philips Hue Bridge listing: 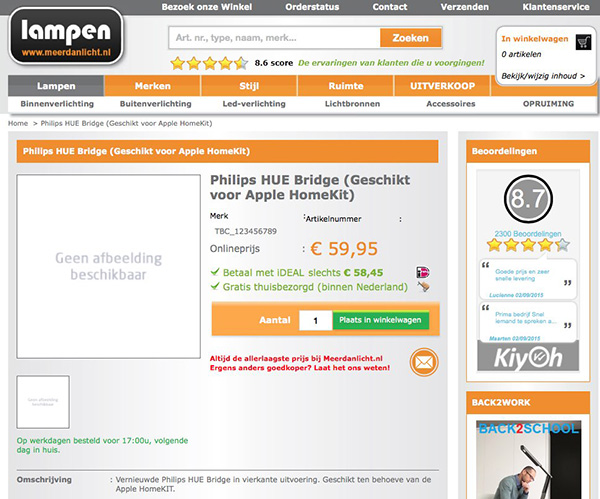 Having got off to a stuttering start, Apple is expected to give HomeKit some time at its September event next week, although we don’t expect too much of the event to be handed over to the home automation features offered by iOS.