Each and everyone one of us will encounter a number of mysteries during the course of our lives. Some of life’s mysteries will be resolved and be laid to rest, whereas others will continue to cause puzzlement and refuse to provide any solace from the associated torment that comes with the unknown. One of those mysteries – which has been causing a whole subset of the iPad using population to be concerned about for the last six years is this glaring question: Why does Apple’s tablet not ship with an official stock calculator app as part of the system apps? Finally, after years of speculation, we may just have an answer to that riddle.

A story relating to this exact mystery has recently been doing the rounds on social media sites and forums. It seems that the an ex-Apple employee has been able to do away with a lot of the myths surrounding the mysteriously missing iPad Calculator app by “confirming” that its absence is simply a case of the late Steve Jobs once again putting his perfectionist hat on and not allowing a piece of software to ship that he wasn’t entirely happy with. 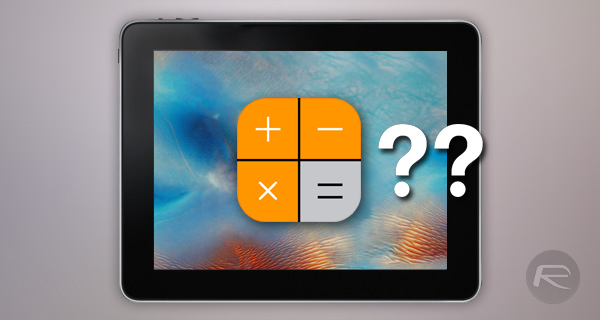 It is actually a funny story. When they were prototyping the iPad, they ported the iOS calc over, but it was just stretched to fit the screen. It was there all the way from the beginning of the prototypes and was just assumed by everyone at Apple that it was going to be shipped that way.

You know what they say about making assumptions, don’t you? It seems that as the iPad release date was approaching, Scott Forstall, the Senior Vice President of iOS, was asked for the new user-interface design for the Calculator app on the iPad. When it became apparent that there was no new design, and that Forstall wanted to ship the hardware with the Calculator app in its current form, Steve Jobs made the team pull the entire app from the iPad as he clearly wasn’t happy sending a product to market with a stretched iPhone app experience. 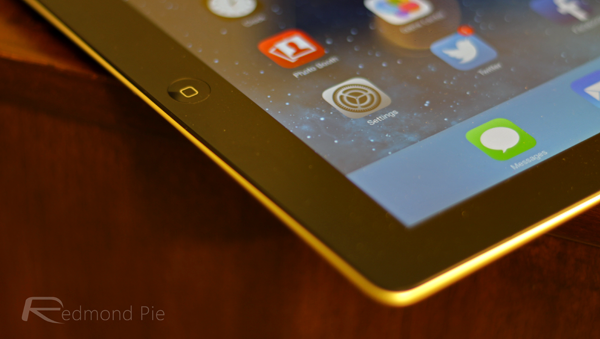 That may have been six years ago, but it seems that the calculator app redesign has been so low priority in terms of the overall company objectives that it’s simply fell by the wayside and hasn’t been thought about in any great detail since. Which is a shame, as the iPad would definitely benefit from shipping with a native calculator solution like the one that iPhone users benefit from.