Well, we all know it is only a matter of time until mobile operating systems take over the world which are used to power all of our gadgets and household appliances. The only question that remains to be answered is; which operating system will reign victorious amongst consumers in the ongoing battle of the OSes? The current heavy weight contenders have to be iOS, Android and Windows Phone, with Blackberry hanging on for dear life but looking set to fall by the wayside sooner rather than later.

Windows Phone is becoming more popular, but is unlikely that it will challenge the dominance of the already established Android and iOS operating systems which currently gives Apple and Google a stranglehold on the market. The latest Android release follows the trend of being named after deliciously sweet desserts, with Google opting for ‘Ice Cream Sandwich’ for Android 4.0. ICS, as we will call it from now on, brought about a significant number of aesthetic and performance enhancements, and even the most hardcore iOS fan will surely have to concede that it looks pretty fantastic. 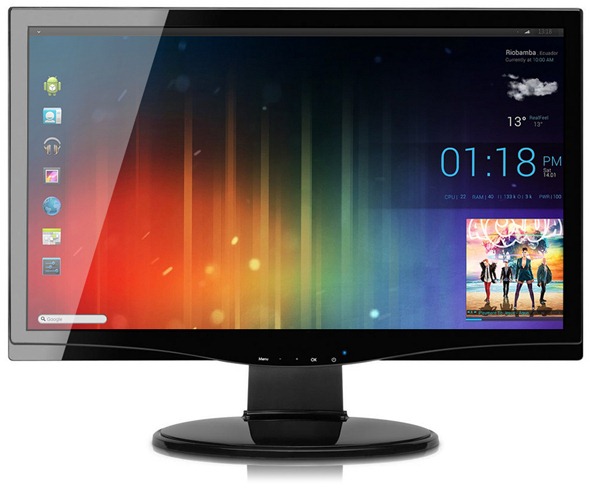 If you are an Android fan, and want that beautiful ICS look on your desktop machine, then the world wide web has you covered. Thanks to Flickr member, David Molina, the Windows 7-owning world can now enjoy the aesthetic delights which the latest version of Android has to offer, displayed on a much larger screen. Unfortunately, to achieve this desktop glory, it isn’t simply a case of pressing a few buttons and you are up and running. The ICS desktop will take some time to recreate and requires quite an extensive list of components to be running in tandem to get the necessary look and feel. If you think you are up to the task, then carry on reading for the requirements.

Don’t worry, we are nearly done..

As you can see, the tools needed for this desktop are quite substantial, but once you have them all up and running; you will be a proud owner of a beautiful Ice Cream Sandwich desktop. If you have any difficulty putting all of these components together, you could always pop over to David Molina on Flickr and ask about his process.