Check out this video to see just how much faster iOS 11 beta 4 has gotten since the release of original beta 1 back at WWDC.

Apple has now issued four beta seeds of iOS 11 to registered developers in the time that has followed since the platform was initially introduced to a global audience during this year’s WWDC. 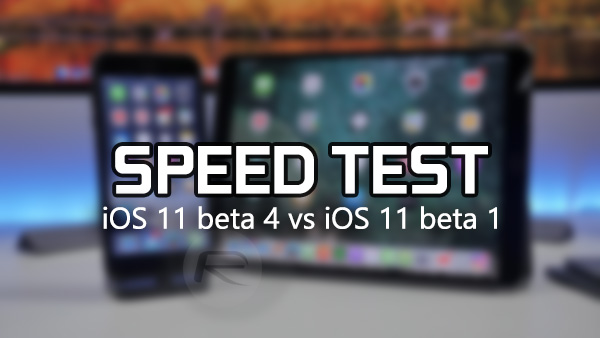 Each release has come with its own improvements and refinements, as you would expect from a platform in development, with the end goal being to get a stable version ready for the public this coming fall. YouTube channel iAppleBytes has taken a look back over beta 1 to check performance and stability to see if Apple has indeed been making steady progress when it comes to latest beta 4 release.

We’re used to iAppleBytes pumping out speed test videos which pit multiple versions of iOS against one another on various devices to see how they perform. However, for this particular test, that has been limited to a single iPhone 5s handset, which was used because it’s essentially the slowest 64-bit device to support iOS 11. The goal here is to install iOS 11 beta 1 and iOS 11 beta 4 on that device and to run the usual speed and benchmark tests to see if any progress has been made.

Those tests are outlined in the video itself but include loading the device up from a cold start to see how fast it actually gets to the lock screen. Once it’s loaded, it’s then a test to see how fast individual stocks apps load from the Home screen, and whether or not there are any scrolling or performance issues on interacting with content, such as photos, or scrolling through large lists of data. It’s fairly obvious what we would expect to see, and the results that we would expect to get, but does Apple’s progress live up to our expectations of a beta roadmap?

Well, it turns out that everything that we would expect to be in place is actually in place. There are clear indications and evidence that the currently available beta performs a lot better than the original beta introduced to developers shortly after the opening WWDC keynote back in early June. App loading feels snappier. Interacting with content is more fluid. And the whole system generally feels a lot more stable and as if Apple is working nicely toward the end goal of getting iOS 11 ready for a September launch.