The lack of Messages app alternatives on Cydia could be either due to the fact that biteSMS and others have pretty much covered all bases and are extremely functional, or it could have something to do with the amount of work involved in creating such an app. Whatever the reason, the guys over at Handcent haven’t been deterred and have released their HandcentSMS app through the Cydia store which they believe can unlock the messaging potential of a user’s iPhone. HandcentSMS is an entirely free, very powerful and highly customizable alternative to Apple’s native app which handles both SMS and MMS messaging services.

The download comes in at 3.5MB and essentially attempts to totally replace the messaging experience on the device, circumventing the need for the built-in offering. At the time of writing, version 1.0 has just been released, and ships with the following feature set: 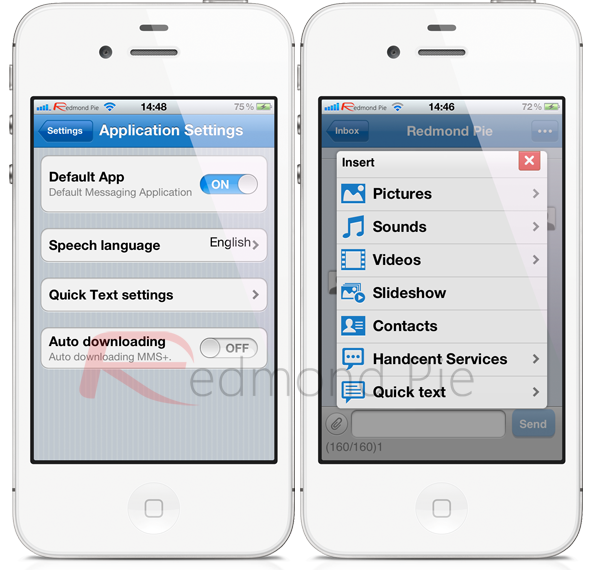 HandcentSMS obviously comes with a large number of features which will undoubtedly prove popular with users, but there are a few issues. The app is clearly designed for those who want more from their texting experience, but everything seems a little thrown together. The animations when switching between views are very blocky, with new views appear rigidly and doesn’t have that smooth iOS feel to it. I also noticed an issue with contact names being displayed in the conversation list, that it would just display the number or the email address, even though there is a name assigned to it that is displayed correctly through the native Messages app.

The pop-up options are something that will appeal to many, but didn’t seem to work during my testing with every incoming message being intercepted by Apple’s Messages app, even though the HandcentSMS settings were set to use it as the default app.

HandcentSMS has the early makings of providing a very powerful experience to jailbroken users and hopefully the development team will iron out some of the bugs which at the minute are showstoppers for me. The app is available as a free of charge download from the BigBoss repository and compatible with all firmwares above iOS 3.2. 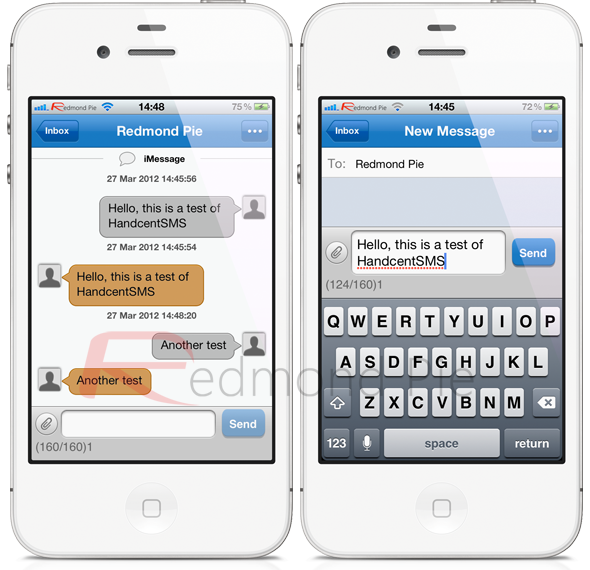