These days, it seems it has become sort of a trend in the tech world for companies that don’t usually make smartphones to jump onto the bandwagon, with Kodak being a prime example here. This is further made easy thanks to the open-source nature of Android. Not wanting to stay behind, Marshall – the company that made a name for itself in the world of guitar amps – has announced its own Android smartphone. What’s unique about this device is the fact that it’s aimed directly at audiophiles, with music-focused features that will put to shame even the top of the line flagships of today (but only in the music department, of course).

What sets Marshall’s device – which has been named London – apart from its competition in audio, reflects from all the way to its design to the internal apps and settings that are available. The phone itself largely resembles a guitar amp, but has a faux-leather finish to mimic a smartphone feel. Then, there are two 3.5mm audio headphone jacks on top, allowing for two people to listen to music at the same time without the hassle of sharing an earphone. The phone itself comes with Marshall’s Mode in-ear earphones for better audio output. There is a dual front-facing speaker setup, and a dedicated music key to launch the music app, completed by a gold-colored volume rocking wheel on the side. 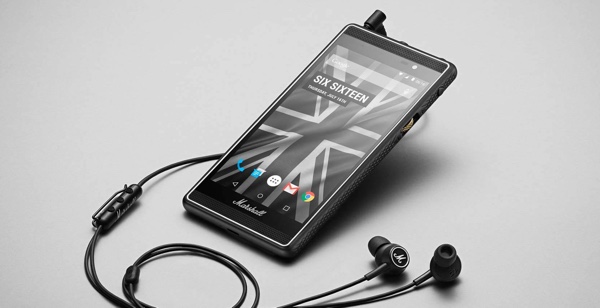 On the innards, the software is beefed up with high-quality audio processing with native support for FLAC files. London sports an equalizer that works globally and not just within the music app, so even your selected ringtones end up sounding better. The device will also manage music much better, combining tracks from not just the local library, but online sources like Spotify as well – all in the same place. 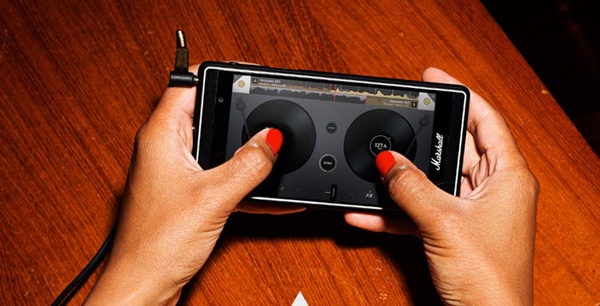 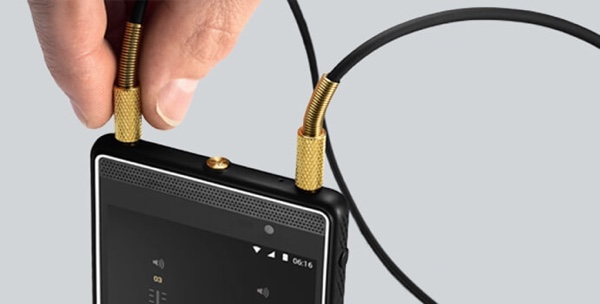 The rest of the specs resemble those of a mid-range Android device. London will be powered by a 1.4GHz quad core Snapdragon 410 CPU, 2GB RAM, 4.7-inch 720p display, and 16GB of onboard storage that can be expanded through a microSD card. All of this is juiced through a 2,500mAh removable battery.

Marshall said London will start shipping on August 21 this year, and will retail for approximately $500. Pre-orders can be made at the company’s website: marshallheadphones.com.