Apple is all about marketing its products well, and it usually does a good job at that. In line with the tradition, the Cupertino company today has released not one, not two, but four new ads for the Apple Watch through its YouTube channel that showcase the wearable being used in a number of situations, including traveling, working out, interacting with family etc. Before we go into the detail of these ads, allow me to say that for a company that usually makes pretty good ads, Apple has left me disappointed with these.

The four ads, titled Beijing, Berlin, Closer and Goals, all focus on situations that people face in their daily lives, and show how an Apple Watch can help improve them. For instance, Berlin and Beijing show two women traveling in these cities, and use their Apple Watch to get directions, discovering places of interest nearby, finding each other, and even getting out of awkward social interactions through timely SOS messages. 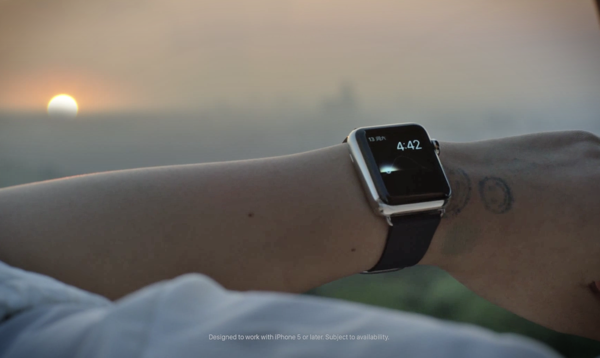 The Closer ad shows how Apple Watch is attractive for kids, how it helps in parenthood, getting advice from your parents, and whatnot, all from childbirth through toddler-hood. The Goals ads, as you might have guessed, targets fitness, showing how Apple Watch helps you keep track of your fitness goals, show workout positions while you’re working out, and such. In all these ads, the common factor is that Apple Watch makes lives easier in daily situations.

The reason why I found these ads rather tasteless is because they’re not really up to Apple’s usual standards, and if you’ve seen previous Apple ads, you can see for yourself why. All these four ads are mere 30 seconds each, and because Apple has tried to squeeze in so much in the little runtime these have, they feel rushed, disconnected, and incoherent. It also goes without saying that ads are designed for Asian market, which automatically kind of limits the global audience attraction.

Overall, while these ads indicate that Apple wants its watches to become mainstream and popularize their functionality, I just feel that the Cupertino company could’ve done an even better job.