Having dipped its toes into the branded mobile device game, Google is all set to expand its Nexus program, according to a Wall Street Journal report. The search giant is apparently planning to offer early access to future Android iterations to up to five device OEMs, with the intention of selling the devices directly to consumers.

Up until this point, the Big G’s battle plan has consisted of selling just one flagship device through a solitary OEM partner, but in quintessentially-Google fashion, there will be a much stronger emphasis on this market, and like the Android mobile ecosystem itself, Google will be looking to make a significant, lasting impression.

Just recently, it laid the foundations for a potential expansion of this nature by resuscitating its online direct-to-consumer sales portal, through which it used to sell the Nexus One unlocked. Meanwhile, the Nexus S and much-lauded (yet rather disappointing) Galaxy Nexus were retailed through third-parties and mobile carriers.

The devices in question however, are most likely be sold unlocked without carrier restrictions, and at full retail price, and it is thought the devices could – if all goes to plan – be around by Thanksgiving, which would inevitably equate to stronger sales boosted by the holiday rush.

Although the Google Play Store only sells the Galaxy Nexus in the US of A, the WSJ’s report reckons Google will offer the new, bolstered catalog to a much wider audience – including parts of Europe and Asia. 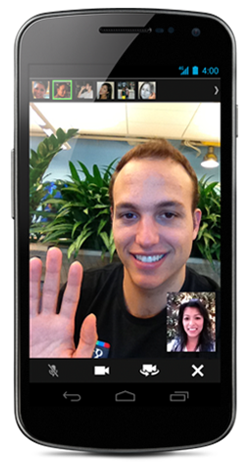 With Google’s acquisition of Motorola almost done and dusted, many OEMs would have feared its new purchase would be getting vastly preferential treatment as Google tries to haul Android almost completely in-house, but this move should pay heed to all that.

In addition, Google is looking to get OEMs competing based on hardware alone, which will certainly help with the continual prosperity of Android itself. Ice Cream Sandwich’s release was delayed heavily by the custom Android skins added by each OEM, every one of which meant ICS needed to be tailored and adapted to each device for optimum functionality. By keeping the software implications similar for each device, Google will be looking to avoid such a fiasco with Android Jelly Bean (5.0) – set to be released later this year.