With their $199 7-inch Nexus 7 tablet successfully launched in the market and successfully received by critics, Google may be eyeing the high end tablet market to take on the 9.7-inch iPad and upcoming Windows 8-based tablets directly. This comes by way of a new report which we have discussed after the break.

The rumor comes from CNET in the form of a short report in which they cite analyst at NPD DisplaySearch Richard Shim who claims that Google will be announcing a larger, premium tablet with a 10.1-inch high resolution display.

This isn’t going to be yet another 10.1-inch Android tablet, though, as Shim claims that the tablet’s display will have a resolution – 2560 x 1600, to be precise – higher than the new iPad’s Retina Display resolution of 2048 x 1536. Its internals will also receive an appropriate bump in speed and capacity. It will also have a premium price tag to match its premium features.

But that’s not the most interesting bit, as Shim believes that Google will be collaborating directly with Samsung to make this a co-branded tablet, much like they worked with ASUS on the Nexus 7.

In the Apple vs. Samsung case, it was revealed that Samsung was working on a 11.8-inch tablet with a resolution of 2560 x 1600 which they planned to release this year, so Shim’s claims have 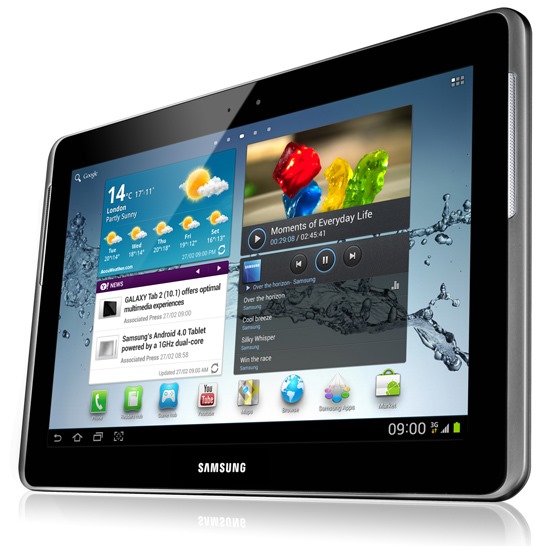 Google is also rumored to be working on an even cheaper $99 Nexus tablet. Although it sounds very unfeasible, considering how the Nexus 7 is already being sold at a loss. It wouldn’t even work if Google displays ads on the lock screen or in the notifications drawer.

In other tablet-related news, Apple is expected to announce a smaller, cheaper 7.85-inch iPad Mini which will compete directly with the likes of the Nexus 7 and Kindle Fire HD.

This is all very exciting news for technology enthusiasts. As competition increases, companies will have to work harder to differentiate their products which will result in lowered prices and more innovative features.