The iPhone and iPod touch range of devices are pretty much straight-forward to setup and are easy to get around with. iOS is extremely intuitive, making it relatively simple for even new users to figure out what’s going on and how things work. For those who like a little more information or want to know the intricacies or power-features of the device, Apple always publishes a free of charge user guide through the iBooksstore, with the iPod touch version just receiving an update to cover the new fifth-generation iPod touch.

The updated guide is a free of charge download for through the iBooks app and aims to give users an insight into everything they need to know about the iPod touch. The new iPod touch was announced alongside the iPhone 5 at a press event last month, and is available for purchase today via offline retailers and the online Apple Store.

The free user guide starts by giving an overview of the new iPod touch and labeling all of the hardware elements of the device including the volume buttons, home and lock buttons as well as the headphones port and the newly redesigned speaker grill on the bottom. The guide also has space to cover the new Apple EarPods that ship in the box with the iPod, as well as the new iPod touch Loop that offers an easy and trouble-free way to carry the unit around without fear of dropping. In addition to the hardware aspects of the device, the user guide also covers the most important parts of iOS 6, the software that is pre-installed on the Apple gadget. 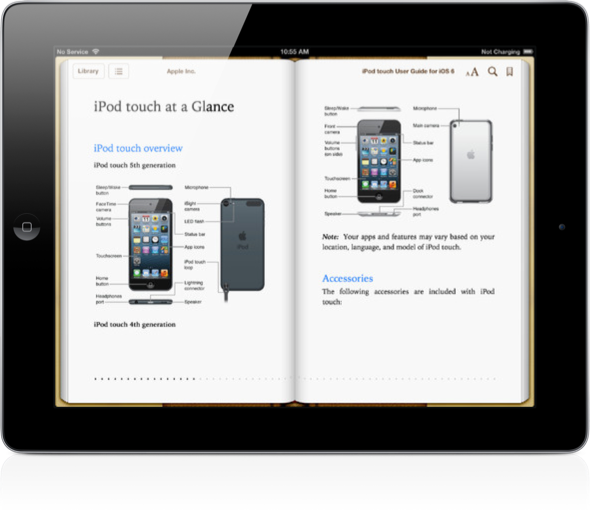 Apart from the newly published user guide, we are also seeing some benchmark figures for the new device that show remarkably similar performance to that of the iPhone 4S. Both devices are powered by Apple’s A5 SoC, so it makes sense that returned results will be in the same ball park. If the iPod touch is something you have pre-ordered then make sure to keep an eye on your shipping status as it’s only a matter of time until it is dispatched. 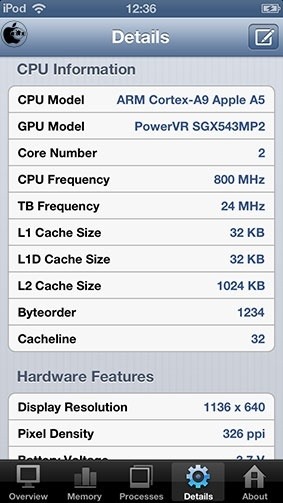