Google+ Hangouts Now Lets Up To 10 Users Watch YouTube Live Streaming Together. Here’s How To Use It

YouTube and Google+, are two Google properties, it shouldn’t come as a surprise that both should be integrated as closely as possible to one another. +Hangouts, Google+’s group video chat feature, has since its inception allowed YouTube video to be played back within video conversations allowing all participants to view the same video simultaneously. It now seems that support for YouTube Live, YouTube’s live streaming service, is being added to +Hangouts, allowing live events to be played back in real time as well. 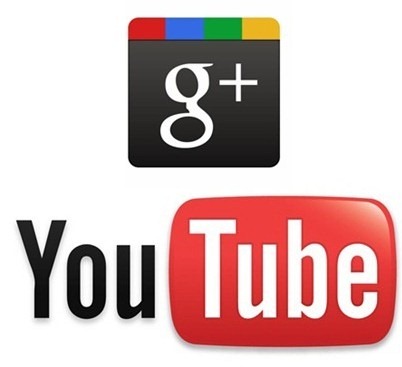 As of now, playing live streams isn’t as obvious as one would think, but the process will allegedly be streamlined sooner rather than later in Google+. Until then, you’d have your fair share of guessing to do, but thankfully users have already figured out how to playback these live streams in no time:

Step 1: navigate to the YouTube stream of your choice and look for its ID, which should be a string of letters of numbers, which you can get to by clicking on the “Share” button below the video, as shown on the picture below. Simply right click and copy the string which has been highlighted in the second screenshot below.

Step 2: from Google+, start a Hangout and navigate for the video tab. From there, search for the ID you’ve just copied and you should be able to play the YouTube Live stream instantly.

In addition, YouTube Live Product Manager Brandon Badger has revealed that “public” Hangouts will soon be part of every YouTube live stream, much like how chat rooms are integrated into live streams all over the web today. This feature will allow viewers to interact with others in a huge video chat, not only through text, making live meetings a lot more lively. Moreover, if any Google+ friends are viewing the same stream, the users will be notified. Of course, many might not feel comfortable with having live video conversations with complete strangers, but it’s nice to learn that the option will be there.

Google+ is Google’s new venture in the social networking space. Weeks after the service first launched, many prominent figures have joined the service, including Facebook CEO Mark Zuckerberg who later wrote the service off as a confirmation of Facebook’s vision. Despite being currently an invite-only service, Google+ had as many as 10 million active daily users as of earlier this month, as confirmed by Larry Page, CEO of Google.