Get HTC Sense 3.0 Lockscreen On Any Android Device With Agile Lock

Sense is the user interface that HTC, a well-known smartphone manufacturer, slaps on all of its devices. Version 3.0, which was announced just a few months ago, will only be available on new devices, but if you’re running Android, you can install a free app that simulates the new interface’s lockscreen rather well. 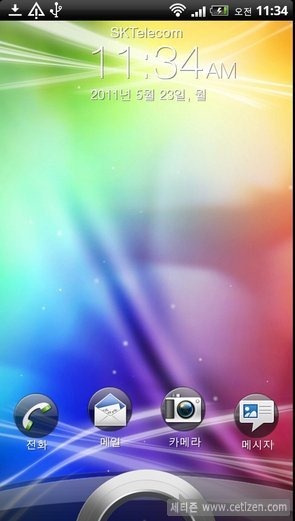 This tweak, known as Agile Lock, has been developed by SOLA Team, which has authored several other tweaks in the past. Although Sense 3.0 offers a mostly entire overhaul to Android’s user interface, the new smoother-looking lockscreen is a large part of it. While Agile lock won’t bring all the improvements, the lockscreen is incredibly similar to the one found in Sense 3.0.

Aside from simulating Sense 3.0 rather accurately, Agile Lock also includes several customization options that allow users to tweak the appearance and behavior of the custom lockscreen  very easily. The settings screen is packed with customizable settings, such as the following:

Love it or hate it, the HTC Sense user interface is deeply integrated into every HTC device, including Android smartphones. While it does provide a cleaner user experience, it does upset geeks who would rather like to use the standard vanilla flavored Google-provided Android user interface. Sense 3.0 comes as standard in all new HTC phone models, including the HTC Sensation and the HTC EVO 3D, which have just recently started shipping.

While Agile Lock doesn’t bring all the features from Sense 3.0, it gives those who currently own older smartphones a nice breath of fresh air. There’s a free and a paid version of the app which you can get here and here, respectively, or from the Android Market from within your device.