Internet activist group Anonymous stroke once again on Friday after it released 400 megabytes worth of data belonging to ManTech, one of the FBI’s contractors, which is one of the largest security contractors in the world. It now turns out that not even the United States Government is immune from attacks, but we already knew that, didn’t we?

After a long-lasting business relationship between ManTech and the US government, last year, the FBI made the decision to outsource more of its Cyber security intelligence work to the Virginia-based contractor as part of a $100-million deal, yet this move hasn’t made the FBI itself more secure. The 400-megabyte dump, which is available on a well-known torrent site, includes thousands of files related to the FBI and NATO, including pictures, names, e-mail addresses and many other confidential documents the agency certainly doesn’t want to see in the public domain.

Anonymous and the FBI haven’t been close friends, especially after the latter conducted arrests all over the United States, in states ranging from California to New Jersey, and searched all electronic data belonging to suspects. It was later revealed that those suspects could be sentenced to up to 15 years of jail time on top of a fine of up to $500,000. Friday’s release might have been the group’s official response, or at least the first of many.

As Anonymous has voiced in the past, the group claims that its goal is to give the public an insider’s look at how a tax payer’s money is spent inside the secretive organization, according to a statement issued by the group: 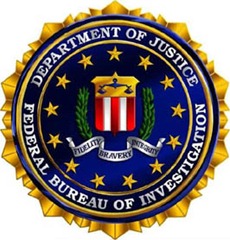 In a statement, ManTech assured its customers, including its biggest one, the US Government, that it was working hard to secure its services:

we wish to assure our customers, employees, shareholders and business partners that ManTech takes seriously recent reports of a cyber threat, and we responsibly and actively address all sources of information about threats to our information and assets and those of our customers.

Anonymous is an activist group (aka hacktivist) that advocates for transparency among governments and large corporations. While the group has been known for holding several peaceful protests, Anonymous is most known for the damaging attacks it has performed on several well-known websites. The service has become prominent in the past year for standing up for WikiLeaks and its owner Julian Assange after the site repeatedly released confidential data belonging to the US military and other secretive institutions.

Whether you support the group or not, I believe we all should agree that these attacks are an embarrassment for the FBI, which hasn’t managed to keep its information safe despite growing budgets of millions of dollars in deals.