Another day, another system dump, and this time for Android 4.3, for Google’s Nexus 4 handset, has recently been discovered in the wild, and within the ROM lies an updated Google Play Store app numbered 4.2.3. Having looked at the APK on our very own Nexus 4, which contains one or two intriguing alterations, we have all of the details that can be found after the break.

When exactly Android 4.3 will begin flying OTA is anybody’s guess, although with Google having confirmed a special event next week on Wednesday with Chrome and Android lead Sundar Pichai delivering the keynote, many suspect it could be next week. With a Nexus 7 2 also showing up on inventories of unspecified retailers, it may well be that like its predecessor, the Nexus 7, the follow-up tablet could be the first to flaunt a major new version out of the box.

Until the event on July 24th, however, we have this system dump to mull over, and although many would consider the Google Play Store app to be a minor supplement to the Android experience rather than something to be afforded anything more than an afterthought, the APK does shed some light on the expected multiple user functionality of Android 4.3. 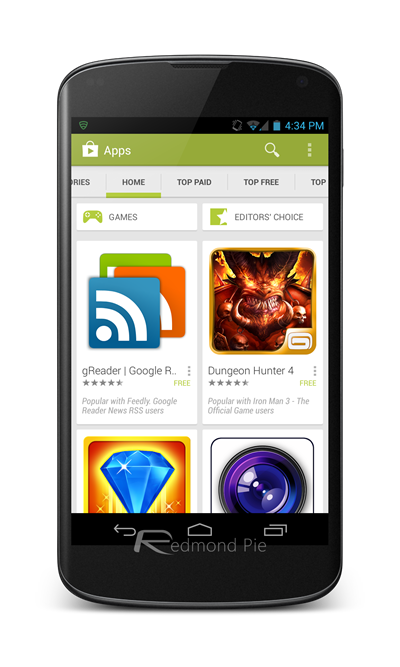 In the new Google Play Store 4.2.3 app, there’s a new feature that has potentially been put in place to restrict user access to Google Play. Since the Play Store is effectively an unrestricted library of all types of content, one user, perhaps a parent, may wish to restrict access of another user, the child, and it would seem, pretty soon, as though they will be able to. 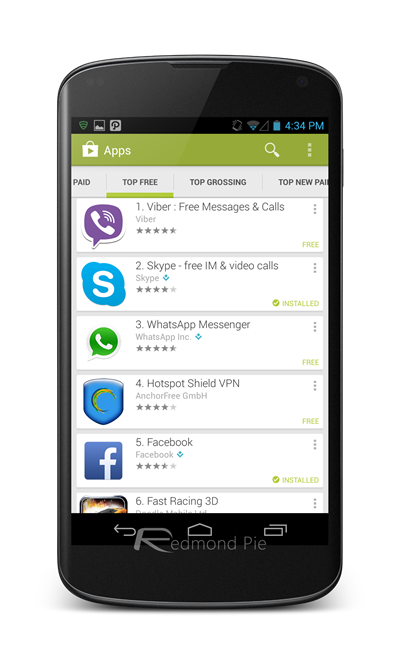 At this point in time, however, it’s hard to tell exactly what Google has in the works. Hopefully, we’ll learn all of the details of Android 4.3 at next week’s event, which could be a very interesting occasion indeed if rumors and and reports of what’s in store bear any fruit. 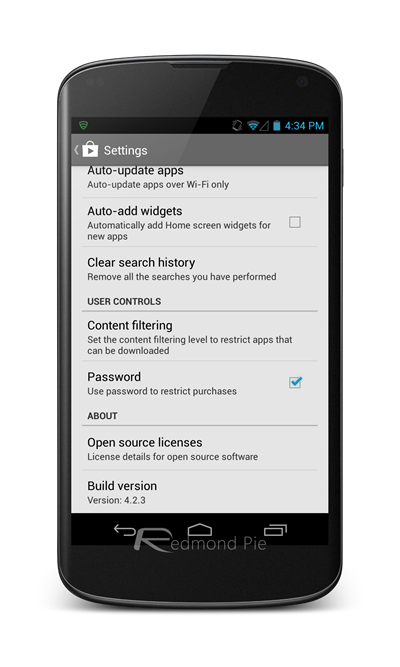 We will be covering the event from start to finish here at Redmond Pie, so be sure to stay tuned to our coverage for all your Google and Android-related news.