Google’s Nexus line of smartphones and tablets have long since offered consumers a completely unadulterated Android experience, as well as decent hardware, at a price considerably lower than competitors. After last year’s Nexus 5, which was manufactured by LG, Google’s very own Motorola has been tasked with the role of building its successor, which is expected to arrive at some point in the coming weeks. Now, we have a couple of leaked snaps that apparently allow use a sneak preview of what’s in store, and below, you can check it out.

The images, which hits the blogosphere via Android Police, gives us our very first look at the device from the front, and as you’ll notice, it’s rather sizeable. In fact, the Nexus 6 looks huge, and with a near 6-inch display, it’ll be markedly larger than its predecessor. 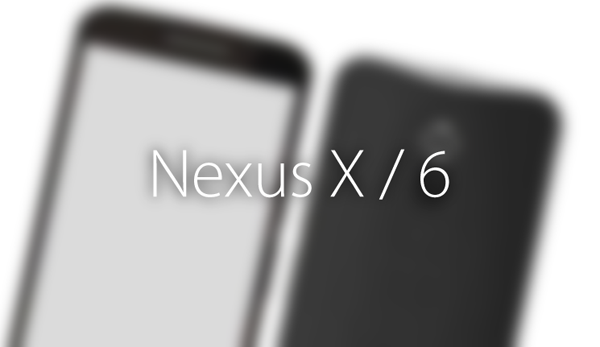 Unfortunately, it’s difficult to glean much by way of information from the snaps, and the associated report only really discusses the hard-to-spot front speaker located under the enormous display.

Still, with an apparently working model now out in the wild, the real takeaway from this tidbit is that the Motorola Nexus 6 looks well on the way to the Play Store, and although Samsung has continued to dominate the higher-end of the Android market, there’ll certainly be a considerable army of followers eagerly awaiting the Nexus 6.

As for a specific release date, we cannot yet be sure, but with the all-new Android L hitting the scene next month, it’s likely that new hardware and new software will once again coincide. 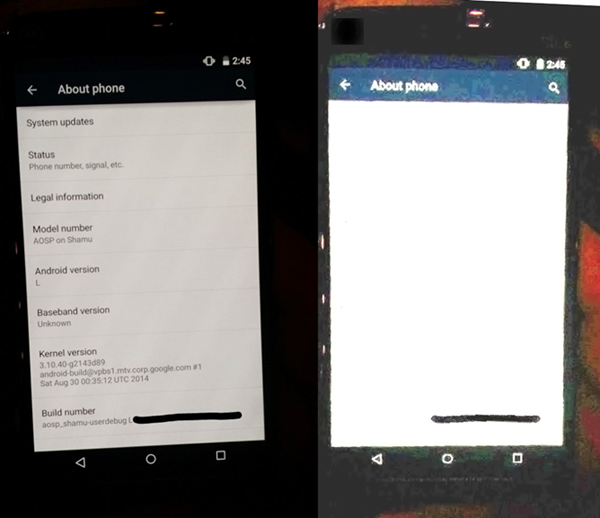 A number of reports on the device’s tech. specs point to a 5.9-inch display, and although it’s larger even than Samsung’s Galaxy Note 4, it will also be incredibly sharp thanks to its 2560 x 1440, QHD display. At 498 pixels per inch, the aesthetically overhauled Android L should look stunning, and given how the Note 4’s display is among the best in the business, let’s hope the Nexus 6’s screen is just as compelling.

Elsewhere, the Nexus 6 is likely to include a quad-core Qualcomm Snapdragon 805, 3 gigs of RAM, 32GB of on-board storage and a 13-megapixel camera, and will run on Google’s Android L software.