Google has today announced the official dates for Google I/O 2016 developer conference. Chief Executive Sundar Pichai took to various social media channels to inform the general public of the dates, announcing that this year’s conference will be coming back Mountain View where it all started ten whole years ago. Google will be releasing additional details about the conference over the coming weeks and months, but May 18-20 is the date that needs to be entered into those diaries for anyone interested in attending the I/O experience.

This time around Google has chosen the Shoreline Amphitheatre as the venue for the 2016 I/O developer conference. In a post on the company’s own Google+ network, Pichai explained the choice behind the locality in celebration of a ten year partnership between Google and developers. 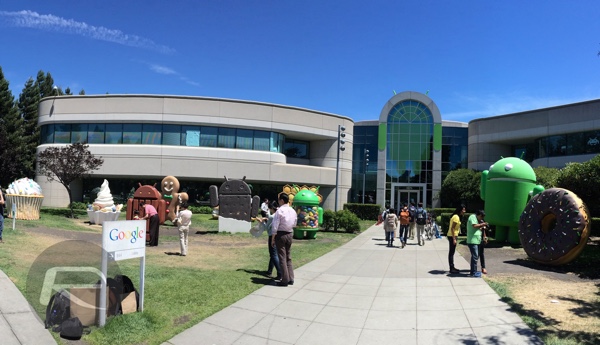 We held our first developer day 10 years ago at the Googleplex. To celebrate our 10th anniversary of developer gatherings, we’ll be hosting I/O in our backyard at the Shoreline Amphitheatre in Mountain View, CA from May 18th – 20th. We’ll have 3 full days together to dive deep into developer content, code labs, and more

The move back to Mountain View is not only great for nostalgic reasons, but also from an attendance perspective. The Shoreline Amphitheatre is capable of handling 22,500 seated guests at any given time meaning that it can accommodate more guests than the Moscone West facility in San Francisco that has hosted Google’s recent I/O gatherings. The “more details soon” part of Pichai’s tweet no doubt relates to Google offering up more information about the structure of the day and what the company has in store for those attending in the form of presentations, labs and workshops.

Google also plans on live streaming the 2016 I/O developer conference for those who are unable to make it for one reason or another. There’ll also be extended I/O events in local communities to spread the reach of Google’s technical conference. It hasn’t been made clear as to when the company will be accepting registrations for the event, but we do know from the given dates that it’s approximately 18 weeks away until the gathering. As is always the case, we will be covering the even as it happens to ensure that we bring you every announcement made during the week.