Gold PlayStation 4, Xbox One Now Available – If You Happen To Live In Dubai

It’s a tad early in the life cycle of the PlayStation 4 and Xbox One for the yearning for new color configurations to begin. But with Microsoft having already confirmed that a white edition of its newest console courtesy of the Sunset Overdrive bundle, it’s likely that we’ll begin to see all manner of different variants as both Sony and Microsoft look to broaden appeal. If you happen to live in Dubai, however, you can already pick up both the PlayStation 4 and Xbox One in shiny gold, and given that real rose gold is used in the modification process as opposed to gold plating, it shouldn’t come as much of a surprise that it costs a bomb.

For $13,699, you can buy yourself a gold-case PS4 or Xbox One, and as if the pricing wasn’t bad enough, you apparently don’t get any games with it! Showcased at Games14, a big gaming expo in the Middle East, the images of the consoles arrive courtesy of Jumbo Electronics, and although we couldn’t imagine paying such a high amount for either of the consoles, the gold touch is applied in an elegant manner. 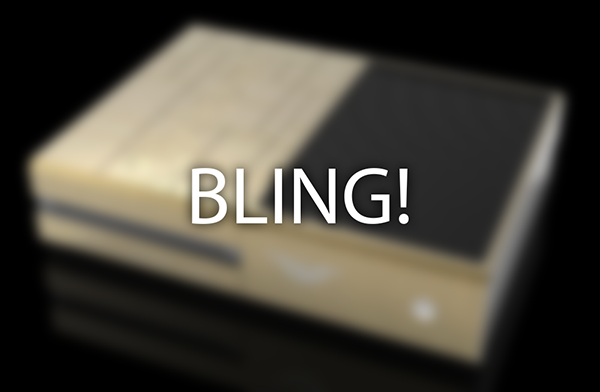 Since Apple rolled out the gold iPhone 5s last year, there has been a marked increase in the number of gold and gold-plated products hitting the tech retail market. In the build-up to the iPhone 5s’s release, there was a fair amount of skepticism, but it’s abundantly clear that the human race’s long-standing affinity to gold has not petered out.

Given that the consoles are retailing in Dubai, one of the world’s most affluent nations, it’s likely to retail in high numbers as folks flock to grab a rare, gold-laden console. 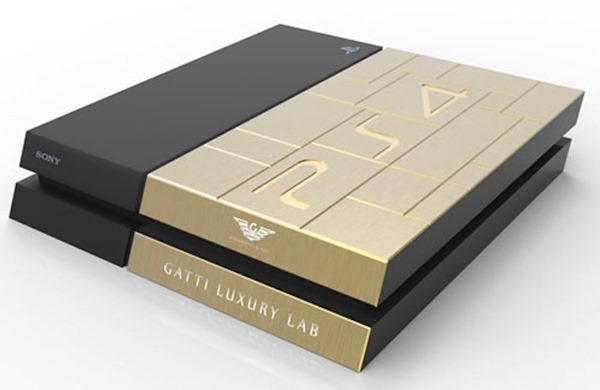 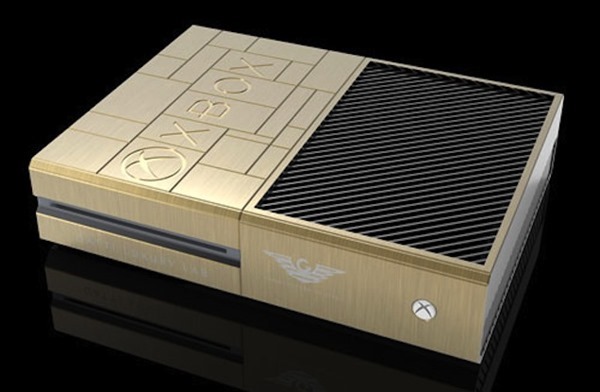 At a glance, we’d probably have to say that the gold PlayStation 4 looks slightly better than its Redmond-made counterpart, with the two-tone finish oozing class.

Both of the consoles have been designed by Italian jeweler Gatti, and as you’ll notice, the Gatti logo is imprinted on the outer shell.

For $13,699, we’ll probably give both a miss by a long shot, but given the aforementioned popularity of gold products, don’t be surprised if Microsoft or Sony offers a similar, albeit cheaper finish in the near future.