Deal: Amazon Fire TV Stick Gets A Rare Price Cut For Today Only

If you’ve been looking for a reason to get Amazon Fire TV Stick, then it seems that the online retailing-giant may have just given you one. Amazon has had no real issue in getting the Stick to fly off the shelves in the time that it’s been available. In fact, it’s quickly becoming a first choice product for those looking for a cost-effective way of trying out the TV streaming market. If you haven’t already sampled what Amazon has to offer with the Fire TV Stick, then now is the perfect time to do so thanks to a money-saving offer that sees up to 13% knocked off the price.

The Fire TV Stick has always been classed as providing an exceptional amount of product and functionality in an aggressive pricing bracket. Even at its highest price it was never going to break the bank. Amazon has now introduced what is likely a time limited deal (for one day only) that sees the Fire TV Stick with the Standard Remote reduced from $39.99 to $34.99. Those who prefer a little additional power can upgrade to the Fire TV Stick with Voice Remote for $44.99, reduced down from $49.99. Both purchases will get you the company’s media-streaming stick, just that the more expensive option will ship with the Alexa-compatible Voice Remote for those who like to control the Stick’s features via audible commands. 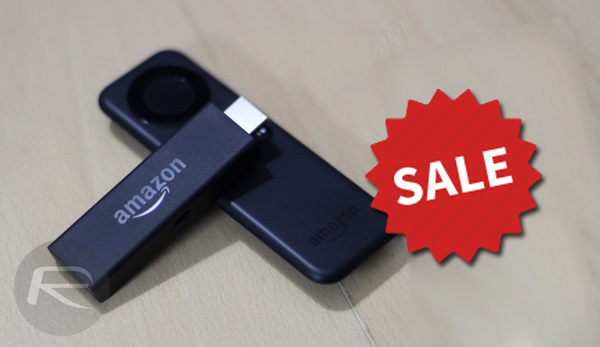 Purchasing one of Amazon’s Fire TV Stick will provide access to range of movies and TV shows via subscription-based content driven services like HBO GO, Netflix, Amazon Video, and Hulu. There’s also the “best of live TV” through services like NBC News and Sling TV that includes offerings like Cartoon Network, ESPN, CNN, and much more.

In addition to that content, there’s access to a dedicated Appstore that allows apps, games and other entertaining content to be installed directly to the hardware. If that’s not enough for you, then you may want to consider the additional “non-official” things that you can do with the Fire TV Stick.

Thanks to the fact that Fire TV Stick’s core is powered by Android, the functionality on the device can be extended with a little bit of additional work by installing the fantastic Kodi media player directly onto it. That then provides access to a range of media sources, as well as being able to interact with locally stored media. There’s also the option of making the Fire TV Stick compatible with Apple’s AirPlay protocol. The hardware and official features alone are undoubtedly worth an outlay of $34.99. It becomes somewhat of a bargain when you consider the additional things you can do with it.