Drop tests provide us with a decent general idea of how a device will fare when faced with the unthinkable. Of course, the idea is to keep a handset protected and try and avoid dropping it from various heights, but should this accident ever occur, drop tests offer a reasonable indication of how robust and durable a device is. Vloggers GizmoSlip posted a clip to YouTube on Friday showing the all-new Samsung Galaxy S4 in a drop test against its predecessor, the Galaxy S III, as well as the Apple iPhone 5. Find out just how much damage each smartphone sustained in the video clip coming up after the break!

With many having bemoaned the polycarbonate shell of the Galaxy S III, some dared to hope that Samsung would listen and perhaps up the ante in using better materials with the S4. That, however, was not the case, and as with last year’s release, the brand-new flagship device is wrapped in essentially the same plastic material. 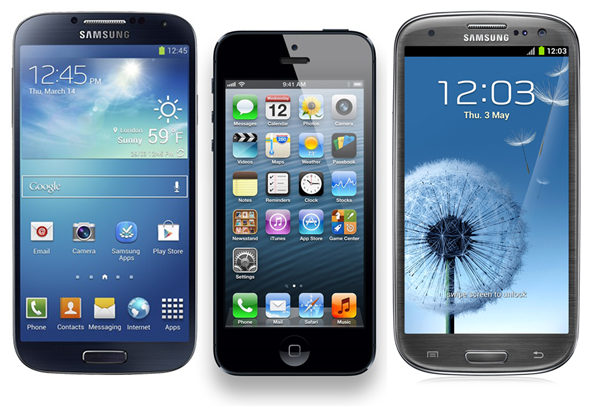 Just because the S III and S4 feel, in the opinion of some, cheaper than devices such as the iPhone 5 built with premium aluminum, that’s not to say the use of either will guarantee a better outcome when a handset is unexpectedly dropped. Thus, GizmoSlip had no real idea which device would emerge triumphant in their tests, which consisted of a 4ft drop on the corner, back and face of each handset. Check the video below for the results:

As you can see, each device managed to emerge fairly unscathed from the first test, which saw each device dropped on its back. The rear-facing camera of the S III did sustain a crack, but aside from that, it was a case of minor scrapes and dings all round.

The second test saw the three handsets dropped on their corners, and this is the one that tends to separate the men from the boys. The S4 showed durability, with only reasonably minor corner damage, and the iPhone 5 was about on par in the damage department. As you will see in the slow-mo, the S III took a really big hit with bits of the display glass flying around everywhere, and the screen, while still usable, was fairly well shattered.

The final, face-down test, the GS4 and iPhone 5 finally succumbed, both leaving with almost completely shattered displays. Despite the scratch proofing abilities of Gorilla Glass, it is a material renowned for its susceptibility to shattering and as we move toward the next generation, this problem still exists.

All in all, the take away is that if you don’t decide to invest in a decent case to protect your device, this kind of thing can happen. So even though the S4 is perhaps stronger than the S III on the basis of this clip, don’t take any chances – spend money on a strong case from a reputable vendor!

Thanks, Jake for sending this in!