Samsung’s announcement of the Galaxy S5 at Mobile World Congress was met with disappointment by some, and although the response since the release – in terms of both sales and acclaim – has put any early doubts from the naysayers well and truly to bed, this hasn’t prevented reports from pointing to a bigger, badder, "Prime" follow-up. Indeed, with the LG G3 having offered quite a heavy spec.-set, it is thought that both Samsung and HTC will be going Prime on us, and with the Samsung Galaxy F said to be announcing in the near future, a press render offers an apparent taster of the device in all of its glory.

The ever-reliable Evleaks Twitter handle has dropped this particular bombshell, and as you’ll immediately notice, the rear side of the device is complete with a brushed metal effect. Now, while Samsung continues to dominate the Android game, many have questioned the "cheap" polycarbonate finish that the Korean outfit seems to have something of an affinity to, but for quite a while, it has been suggested that the Galaxy S5 Prime – or the Galaxy F, as it will likely be known – will finally deviate from this ongoing trend.

Having seen what Samsung did with the "brushed metal" announcement of the ATIV S Windows Phone device – a finish that eventually amounted to plastic mocked-up in a metallic fashion – we’re not quite reaching for the confetti just yet. But even if it turns out that the Galaxy F is comprised of a faux-metal plastic, we’d still offer that it’s a marked improvement on the fake leather on the Note or the band aid look of the original Galaxy S5.

Another design improvement on the Galaxy F, as per these images, is the thinner bezel along each side, and whilst the Galaxy S5 is among the most powerful handsets in the business, it is thought that Samsung will up the ante once again here. 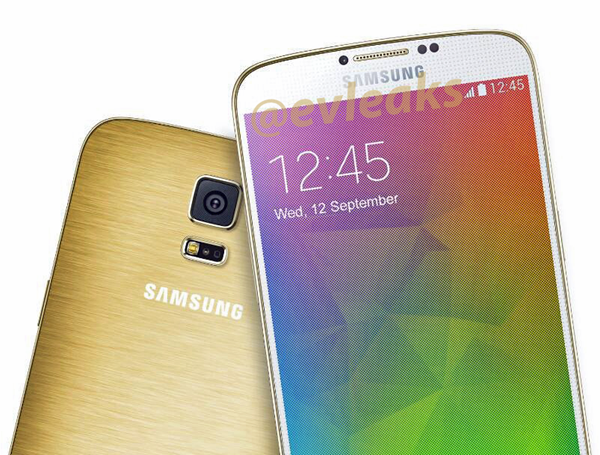 As per the latest reports, it will include a Snapdragon 805 SoC allied to 3 gigs of RAM, a quad-HD display, and Category 6 LTE – something that Apple is said to be including with its upcoming, larger iPhone 6.

Speaking of which, this Prime edition of the Galaxy S5 is expected to be announced in early September, alongside the Galaxy Note 4 and in advance of Berlin’s IFA, and given that the iPhone 6 will also likely be showcased that month, it appears that Samsung wants to upstage its biggest rival in the mobile industry with yet another flagship-standard release.