Amidst a lawsuit in which the folks behind PUBG are suing Fortnite’s Epic Games, the latter has forged on and released a new update to the game which brings with it something we didn’t think we would ever be looking forward to – shopping cards.

Now we know that mine carts have a long history in the gaming world, but with Fortnite version 4.3 now ready to go, gamers can jump into a shopping card during the battle royale portion of the game, allowing them to “ride solo or grab a friend to cover … as you roll around the map together.” 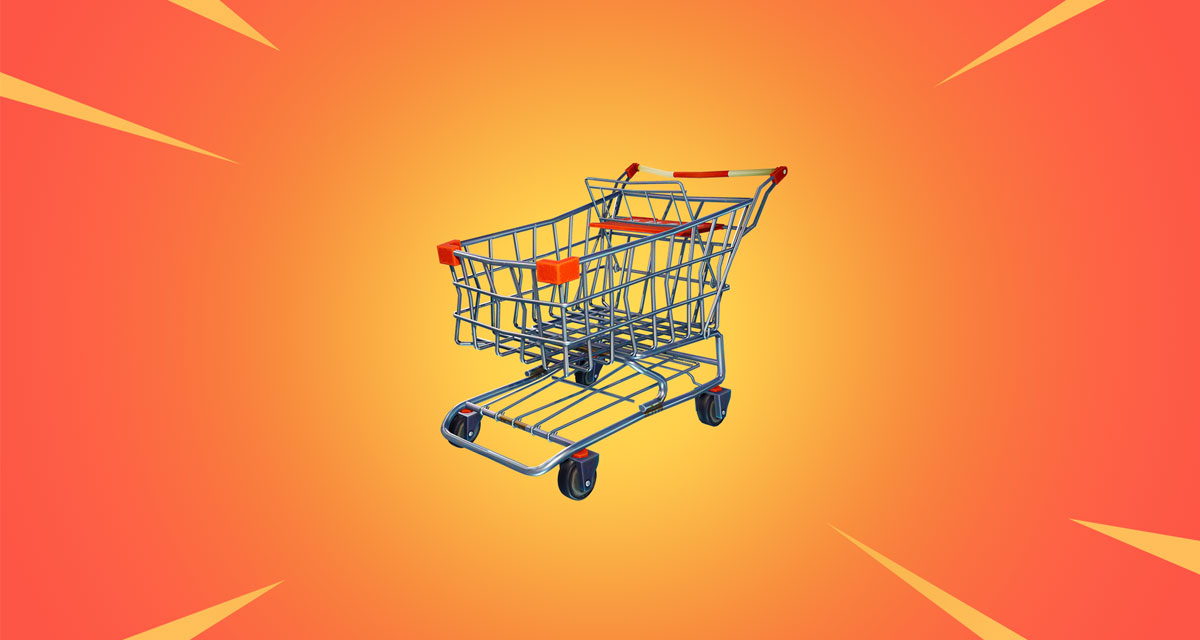 Other additions to this new release include a new VOIP ability in the Save the World potion of the game, allowing gamers to initiate voice chat on PC. Alongside this there is also the usual raft of bug fixes and general changes to gameplay, including Turbo Build which allows “structures now build faster after the first building piece is placed.”

One bug fix which will be of immediate joy to those playing with a game controller covers the way aiming works, or didn’t as the case may be.

Fixed issues while aiming diagonally when using a controller.

The stick input was not correctly translating into camera rotation causing the camera to never reach its maximum turn rate when aiming diagonally.

Camera input curves have also been slightly tuned to account for the change in diagonal aiming speeds.

There are however still plenty of other additions to check out including a new foraged item, mushrooms. These will grant 5 shield and can be found in shady wooded or swampy areas, so keep your eyes peeled for those!

Be sure to check out the full change log to see everything the folks at Epic Games have been working on.

As for the complete patch notes for version 4.3, check them out below: