Spotify is an immensely popular audio streaming service, boasting a mammoth 20 million songs with more being added all the time. But while some artists have amassed millions of plays apiece, around one-fifth of the extensive library has never been heard – at least, not through Spotify. This equates to, as those with solid math skills will have already established, around four million tracks collecting dust, and it is at this point that Forgotify, a service that has collected all of these unheard tracks, steps in. The site, which doesn’t appear affiliated with Spotify, lets you sign in and listen to some of these forgotten ‘gems,’  and whether you want to discover new artists or simply help with the initiative, you can log right in now and get listening!

Those looking to sample the hitherto ignored tracks will need a Spotify account in order to get started, but once logged in, can begin listening to the vast swathes of content that has been forgotten about.

Having been thrown around Reddit and gained exposure in the blogosphere, the forgotify.com site is up and down under the strain of traffic, but with a little perseverance, you can log in and check out some new content, 4 million unheard of tracks to be exact.

As you’d expect, the dormant music varies from classical and rock to pop and metal, so no matter what your tastes may be, you’ve a good shot at finding something in there you like. Then again, since none of the songs have been played at all, there’s also a high chance that you’ll be wading through a lot of crap to get there. 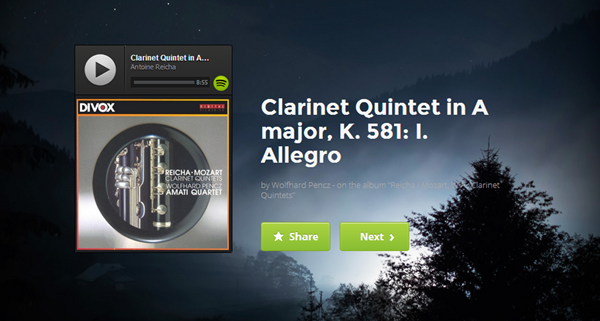 Forgotify is not an essential or perhaps even necessary service, but it’s nice to see people take time out to offer exposure to some of the lesser-recognized, possibly unsigned artists. Sure, it has a finite lifespan, especially with thousands having already tested it out, but still, it just goes to show the power of spreading the word online.

As aforementioned, you will need to be a Spotify account holder in order to use Forgotify, since it uses the service’s streams, but provided you already have one, you can get started by pointing your browser to forgotify.com and turning those speakers up.