Spotify has emerged during the last few years as one of the leading music streaming services around, and although it operates a subscription model, those simply registering an account have been able to listen to tracks on some devices, albeit supported by ads. Now, Spotify has decided to change the way in which free listening works, and if you happen to be an iPad or an Android tablet owner, it’s a change for the better.

The Apple and Android tablet is now viewed by Spotify in a similar light to a desktop computer, and as such, the iPad app will carry a look and feel much like the PC and Mac versions of the service. Thanks to a new update, users are now able to create playlists using specific tracks they’ve searched for, and listen for free. This decision to categorize the iPad and any Android tablet as a computer is a valid one, and will certainly work in the favor of its owners.

On your smartphone, meanwhile, users updating to the latest version of the Spotify app can search for artists or songs, but will then be offered a shuffled playlist related to that artist, rather than being able to compile their music as they please. Those looking to do so will still need to pay the monthly subscription fee, which costs $9.99.

As well as an impressive array of Spotify-curated playlists, it’s really easy to hook up with your Facebook friends and pry on what they’re listening to as well. It’s a great way to discover new tracks from those with similar tastes, and is all part of what makes Spotify such a thorough music-listening experience.

Initially, I was skeptical about Spotify, but as a convert and subsequent long-term user, I have to note that it has improved greatly over the past couple of years. Although the catalog of tracks has grown considerably, there are still some missing, but with such a lot of work having gone into making Spotify’s library among the most impressive in the business, I’ve every faith that this situation will continue to improve. 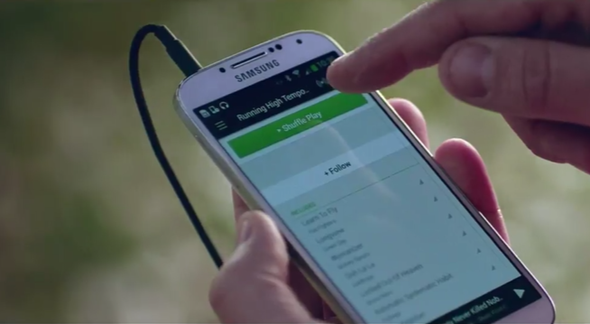 Speaking of which, the company has today announced that the full catalog of rock outfit Led Zeppelin is now available across 20 new markets worldwide. And if you’re asking us, that’s big news, provided you’re a fan of classic rock.