Back in August, we featured Google’s then-new Android Device Manager, allowing users to remote-wipe and locate their device in a similar vein to Apple’s Find My iPhone service. It was apparent at the time that a dedicated Android app was imminent, and now, it has finally arrived over at the Google Play Store. More details as well as the direct download link can be found right after the break.

The app, as with most of Google’s mobile utilities, is merely an extension of the Web service, nicely optimized for use on-the-fly. You can use it to track, alert, lock and wipe a device you may have misplaced, although naturally, you will need to be wielding more than one Android device if this app is going to be of any use to you.

The interface is slick but simplistic, meaning Google hasn’t clogged it up with any unnecessary frills. Such is the panicked nature of most folks upon losing their device, that the UI isn’t actually all that important; but nonetheless, the Big G has, in very typical fashion, delivered the goods once again. 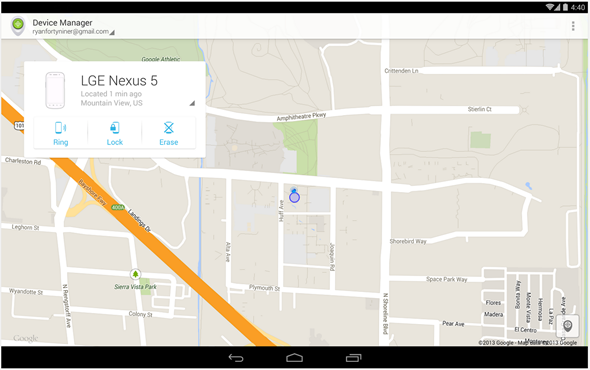 As our mobile devices have become more sophisticated, it has, in turn, become a breeze to track them when we lose them. Having misplaced my smartphone in the past, the ability to quickly get online and confirm its location was great for peace of mind, and although it wasn’t the Android Device Manager I used at that point, I probably will do now that it’s available for mobile. 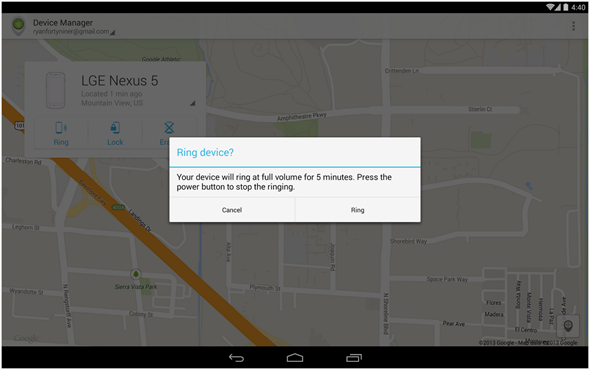 With the Android Device Manager, you can readily switch between accounts, and having given it a quick run-out on an HTC One, it’s a nice, smooth and refined experience. 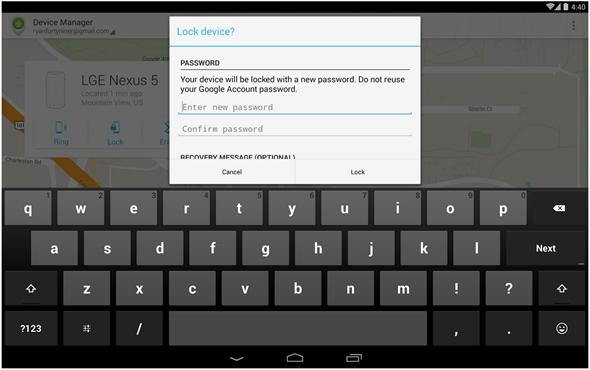 So, if you own more than one Android device, it’s highly recommended that you pick up the Android Device Manager app from the Play Store, just in case you happen to lose one of them. Just make sure, of course, that you don’t lose them both at the same time, otherwise, like me, you’ll be scrambling for a computer in the hope that it can still pick up a flicker of a trace using GPS scanning.

(Download: Android Device Manager for Android On the Play Store)