Forget 4K, YouTube Now Has A Video In 8K Resolution

The world of high definition video is always changing, but with 1080p video, the current standard as far as Blu-ray and most streaming services are concerned, things have settled down a little after years of HD content scrambling to get a foothold. Nowadays that battle is being fought by 4K video, and while televisions are available that offer such a high resolution – some of which are even curved and feature OLED displays – 4K video is still some way off being the norm for the vast majority of people.

Which is why the news that YouTube now supports 8K video may not have too many of us getting up and dancing with joy. According to YouTube, it has been offering 8K video uploads for as long as five years, with 2010 being the year that 8K uploads became possible on the video streaming site. Google says that it started badging content as 8K earlier this year, and while content isn’t exactly widespread, one video in particular is a good example of what 8K video is capable of, assuming you can actually watch the thing. That video is a Neumann Films’ short, filmed on the RED Epic Dragon 6K camera. That’s a very, very good camera in case you hadn’t figured that out for yourselves at this point. 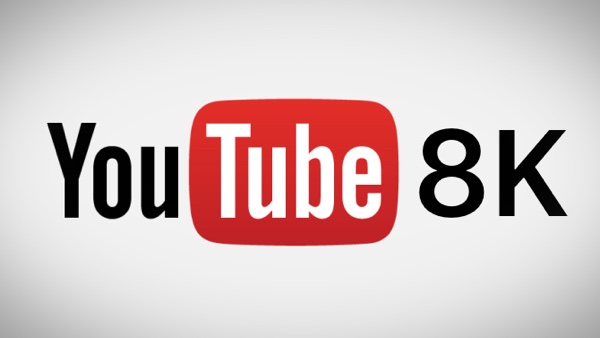 See, moving 8K, or 4320p-worth of pixels around a computer screen is not something for the faint of heart, because you’ll not only need a monitor that is capable of showing you all those lovely pixels but you’ll also need a computer that is capable of running it as well. Oh, and you’re not going to be streaming much 8K video over that old dial-up modem either, so make sure you’ve got enough bandwidth going spare before even starting to try this.

The result though is predictably stunning. We’re not sure that 8K, or even 4K video is strictly ready for primetime on everyone’s television screens but when 8K does take over the land, it’s going to look lovely as it does it.

So long as you’ve got the kit to enjoy it, of course.