The release of iOS 8 is a nice little prelude to the iPhone launch later on this week, and as developers once again rush to roll out their updates for the new Apple software, the changes made with this latest iOS release mean that it’s not just regular apps hitting the iTunes Store. Back at WWDC, the Cupertino-based company also opened the door for third-party keyboard makers to port their wondrous inventions over from Android, and Fleksy, which just so happens to be one of our favorites, has been among the first to the draw. Now live on the App Store, you can download it immediately for your iOS 8-running device, and below, we’ve got the details.

The stock iOS 8 keyboard offers a much-needed improvement on a feature that has scarcely evolved through iOS’s lifespan, but even so, our trusted third-party developers will be battling to prove a superior typing experience. 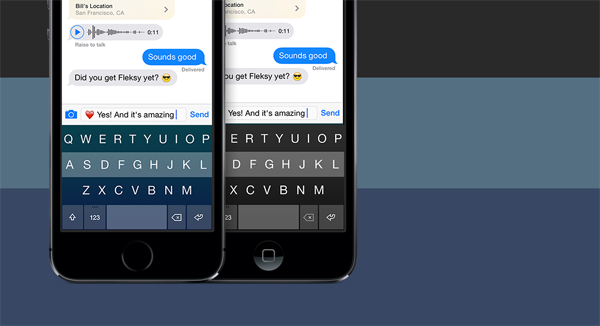 Fleksy has been immensely popular among Android users, and although we’re still at day one as far as iOS 8 is concerned, Fleksy for iPhone and iPad already looks the real deal.

Launching as we speak, Fleksy costs just 99 cents ($0.99 extra for the theme pack), and with support for 40 languages and multiple themes, is as customizable as it is functional.

As with most other top-notch keyboards already existent on Android, Fleksy learns your writing style as you type, and not only does this make the touch-typing experience less tedious than most iOS users will be accustomed to, but it also enables you to be a little careless without making any mistakes. 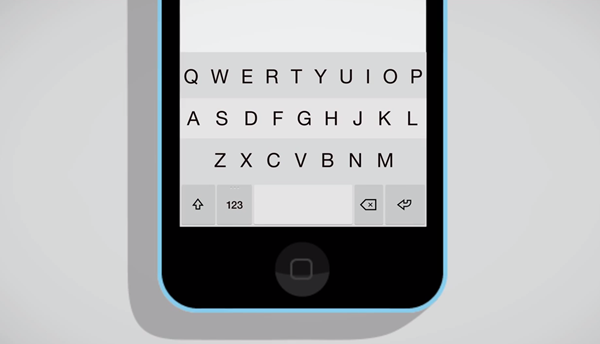 You can adjust the size of the keyboard to suit your fingers, which is a great plus, and with almost 850 emoji, you needn’t be typing numbers, letters and symbols all the time.

The one-off fee of $0.99 is a very small price to pay. As a long-time user of the keyboard on Android, I can assure you that it’ll turn out to be the best dollar you ever spent, and although we haven’t had a chance to give Fleksy a proper hands-on, we know that the hard-working devs behind it will work tirelessly on updating and improving the keyboard.

Download it, give it a whirl, and be sure to leave your thoughts with us below.