Getting “Something went wrong” error 0x80070057 during Windows 10 Anniversary Update install? Here’s how to fix it.

Microsoft’s new Windows 10 Anniversary Update, which brings a substantial number of improvements and feature additions, may be out and available to download right now for everyone, but that doesn’t mean that all Windows 10 device owners are able to do it successfully. It seems that the days of receiving an OS update and being able to install it without issues are long gone, which is understandable given the size and complexity of updates for modern operating systems these days. 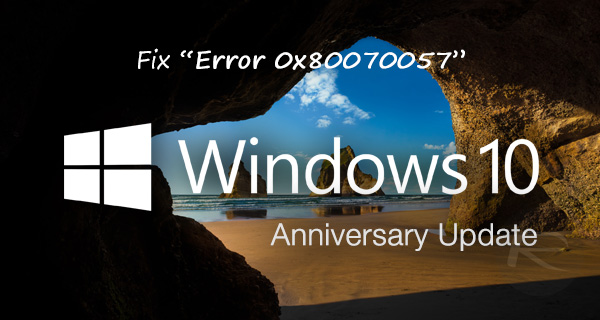 Especially for the updates that are the size of this Anniversary Update offering for Windows 10. We’ve already identified a number of issues that users have been experiencing when trying to update to the Windows 10 Anniversary Update, and of course, as you would expect, we have also worked through the one or multiple solutions that could be used to alleviate those problems.

Now, there’s a new issue in town, with a number of Windows 10 users reporting that they are being presented with error 0x80070057 when going through the process of upgrading a Windows 10 installation to the new Anniversary Update.

It would be fantastic if companies like Microsoft would actually provide a little additional information and clarity on these errors, but more often than not it’s left to the device owner to troubleshoot the problem and come up with a solution. In the case of error 0x80070057, it seems to be occurring after the Anniversary Update files have been downloaded by the Windows 10 Update Assistant tool and the machine has been prepped for installation. If the error is going to occur for you, then the machine will sit on 0% for an indeterminate period of time before finally showing “Something went wrong” error 0x80070057 to the user. 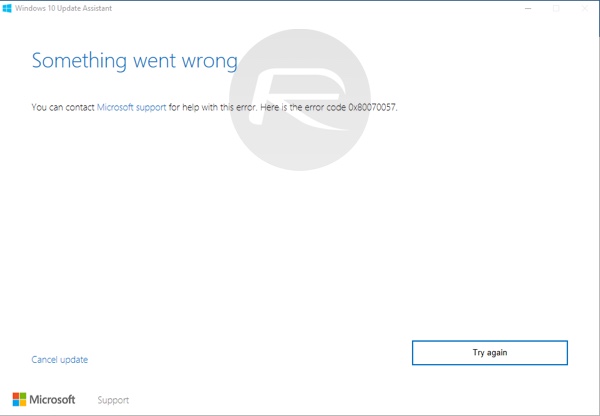 It’s definitely an error that can cause some frustration, but not one that can’t be worked around with what appears to be a relatively simple fix. The solution that worked for us involved disabling LAN/WAN or Internet access on the machine while the installer is verifying the downloaded Anniversary Update files.

With a disabled Internet connection, the update proceeds as expected without actually displaying the 0x80070057 error message. We can’t guarantee you won’t encounter additional issues, but at least this one issue can be solved in a relatively simple fashion.