The newly released jailbreak tool named JailbreakMe 2.0 Star makes use of a PDF vulnerability which is present in iOS’ Mobile Safari browser. Now that JailbreakMe has been released, and that the exploit is public, hackers can make use of this exploit by making you download a PDF file in Safari, in the process installing some malicious code to ultimately take control of your iOS device. 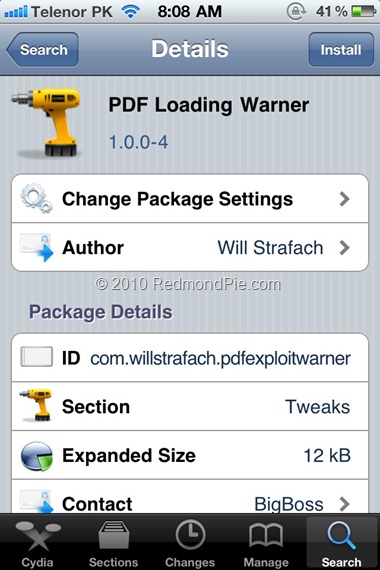 While Apple will definitely fix this in the next firmware update whenever it is released, what you must do now is to temporarily fix this by installing “PDF Loading Warner” app from Cydia. What this app will basically do is to warn you whenever a PDF file is being downloaded on your iOS device. Only download or open those PDF files which are known from good publishers.

To install this fix, simply search for “PDF Loading Warner” in Cydia and install this app. You will now get warnings if or whenever any site tries to make use of this exploit by injecting malicious code in your iOS device.

Some other JailbreakMe related fixes that you maybe interested in..