How To Fix DPKG_LOCKED iOS 11.3.1 Cydia Issue After Electra Jailbreak

Now that the Electra iOS 11.3.1 jailbreak is out and there are plenty of people who are giving it a whirl on their iPhones and iPads, jailbreaking is a much more simple affair nowadays than it was back when the iPhone was brand new, but that does not mean that it is not without its potential issues.

The new Electra iOS 11.3.1 jailbreak is absolutely no different here, and a number of users have started to report that after attempting the jailbreak, they are being presented with an error in Cydia labeled DPKG_LOCKED. 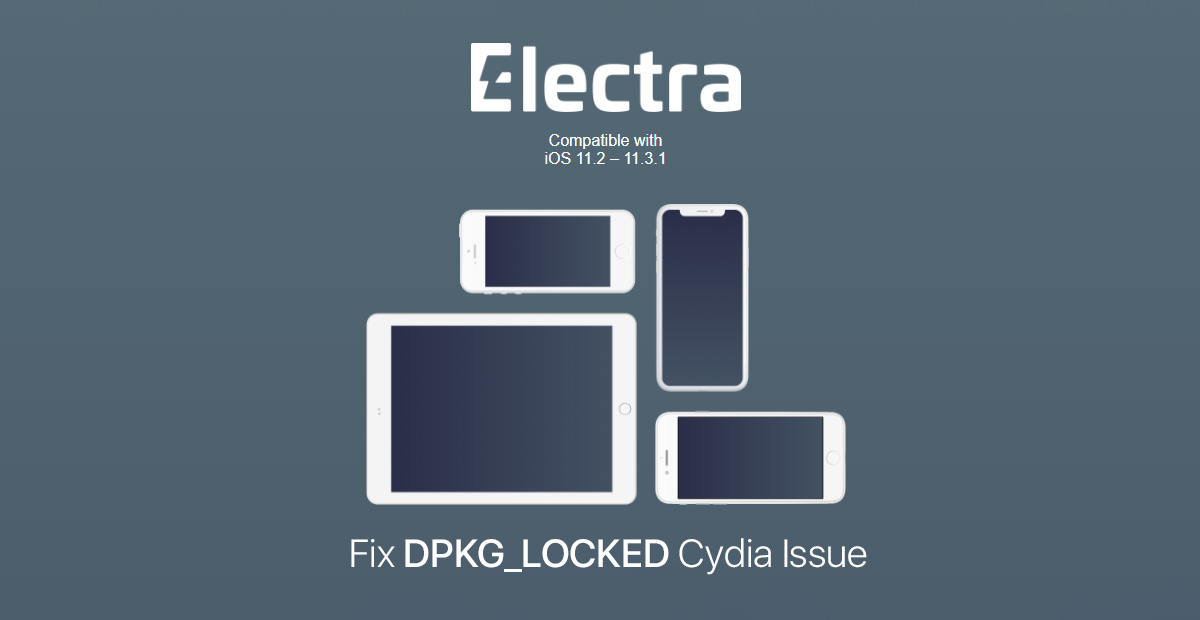 The error itself is fairly nondescript, but it does unfortunately prevent the jailbreaker from adding dependencies to Cydia. That’s no good at all, so here’s what you need to do in order to get things back up and running before attempting another jailbreak. The short version is simple – just remove Electra and re-jailbreak, but here’s how you actually go about doing that because it may not be immediately obvious.

With that all said, let’s crack on.

Step 2: Using WinSCP or Cyberduck (or your favorite FTP tool), connect to your iOS device and put the newly downloaded script into the ../../electra folder.

Step 3: Use PuTTy (or Terminal on a Mac) to SSH into your device before running the following commands:

Step 5: This will completely uninstall Electra from your device.

Now we’d suggest having another go at jailbreaking your device using our Electra iOS 11.3.1 tutorial in the hope that things go a little better this time. We can’t promise anything, but starting afresh from a completely clean starting point can often be all that is needed to make things work as they should.